With today's article, the team of the only digital guide under the hills will take you virtually around 5 of the private houses he has designed. Unfortunately, some of them were demolished and thus irretrievably lost, but others are still in use today

Josef Vaatslav Schnitter was born in 1852 in the Czech Republic into a family of hereditary architects and engineers. After graduating from Vienna, he moved to Moscow, where he converted to Orthodoxy and volunteered for the Russo-Turkish War of Liberation. In this way he arrived in Bulgaria, and after the end of the war he settled in Plovdiv and began his active construction activity. He designed a number of public and private buildings not only in the city under the hills, but also in other parts of the country. He is the author of the first regulation plan of the city, made in the period 1888 - 1891 and approved by a princely decree in 1896. On April 30, 1905 he became a Bulgarian citizen, and in 1914 he led the restoration of the Plovdiv water supply system. He spent more than three days there and contracted pneumonia, which later led to his death. He was posthumously awarded the title Honorary Citizen of Plovdiv, and his name will forever be associated with the history of urban planning and Plovdiv architecture.

With today's article, the team of the only digital guide under the hills will take you virtually around 5 of the private houses he has designed. Unfortunately, some of them were demolished and thus irretrievably lost, but others are still in use today. 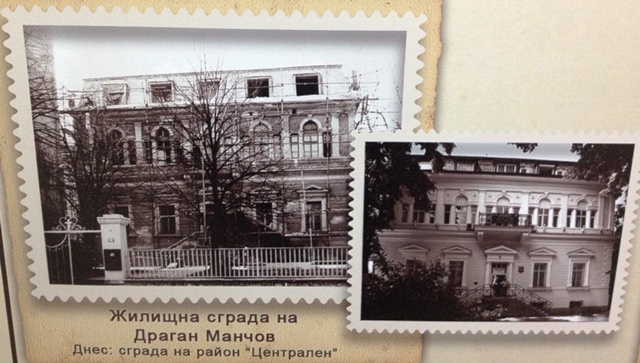 "The Palace" of Dragan Manchov

Josef Schnitter's friendship with the book publisher Dragan Manchov dates back to the first years after the Liberation. The house built by Schnitter for him will long be an example of exquisite style and will attract the admiring eyes of Plovdiv residents and guests. It is on two spacious residential floors, and the composition clearly states the high property status of the owner and the aesthetic understandings of the designer.

In the building, Ivan Vazov (who lived across the street) edited the Nauka magazine and probably the ode from the Epic of the Forgotten was conceived here. A number of the city's most respected guests, members of the public, writers and diplomats were also welcomed. After the bankruptcy of the publisher, he was forced to sell the building. Shortly afterwards, the County Administration was moved into it, then - the District Administration, and to this day it houses the mayor's office of the Central region of the Plovdiv municipality. 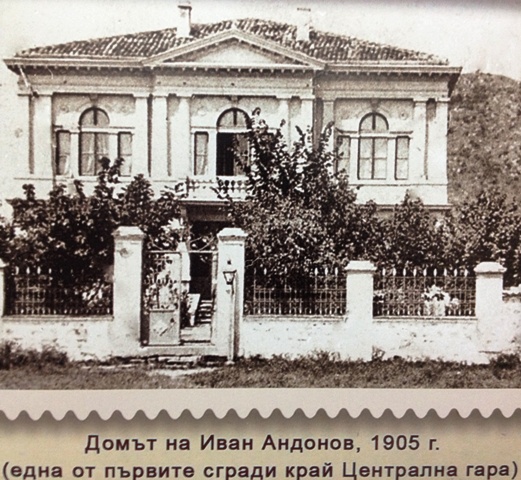 Ivan Andonov is a prominent defender of Bulgarian freedom, an ally of Levski and one of the builders of modern Bulgaria. The house, which the architect designed directly opposite the Central Station building, has witnessed significant political, cultural and social events for decades. It is a classic spacious family house in the typical Schnitter style. To this day, it is owned by the Andonov family, but hidden behind unsightly temporary buildings and in need of repair - it has lost much of its charm.

Built in 1910, the house of the prominent figure is one of the few that have preserved intact the characteristics of Schnitter’s style. It is located next to some of the most basic traces left by the work of the famous architect. The two-story building, located at the foot of Sahat Tepe, is perfectly integrated into the natural relief and impresses with the clean colonnade, the elegant spiral staircase and the spacious terrace. It is one of the last representative residential buildings, designed by Schnitter and seems to close the circle.

The building was commissioned by tobacco trader Vasil Kutsouglu. The merchant used it when he arrived in Plovdiv on various business. The famous property on Gladstone Street is a cultural monument of ensemble significance and was scandalously demolished in 2019.

Unfortunately, this magnificent house with columns on Sixth of September Street was also demolished and the Chamber of Commerce and Industry was built in its place, and the Court House is now located there.

An interesting fact is that despite the large number of buildings that he designed personally, the prominent architect failed to build a home for himself. He did not have his own house, he lived in rented accommodation, changed apartment after apartment. He is said to have donated most of his royalties to the poor during his lifetime. 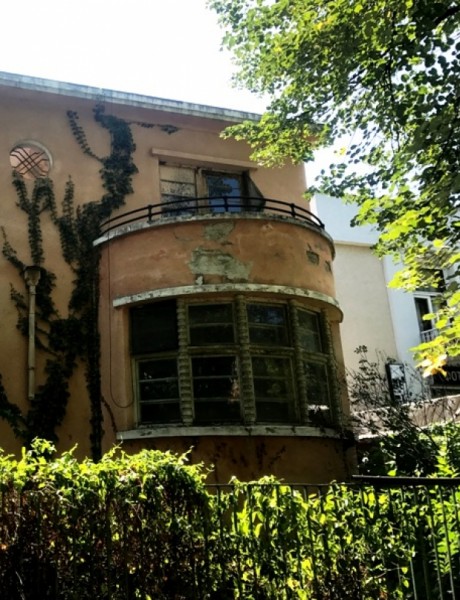 The abandoned "beauties" under the hills