5 monasteries around Plovdiv to go to over the weekend

They are suitable for visiting in all seasons, mostly because of their proximity, but also because of the well-maintained surroundings, which suggest nature walks, picnics in good weather and an escape from the busy urban areas

We were promised that last week was the last freezing cold day, so the team of the only digital bilingual guide under the hills is already is already thinking of warmer days. And with the good weather, especially on weekends, the desire to travel outside the city inevitably awakens in us. We have already taken you virtually to so many different places, but every time we rediscover something new in the area. For today we have prepared a selection of 5 monasteries to see near Plovdiv. They are suitable for visiting in all seasons, mostly because of their proximity, but also because of the well-maintained surroundings, which suggest nature walks, picnics in good weather and an escape from the busy urban areas. 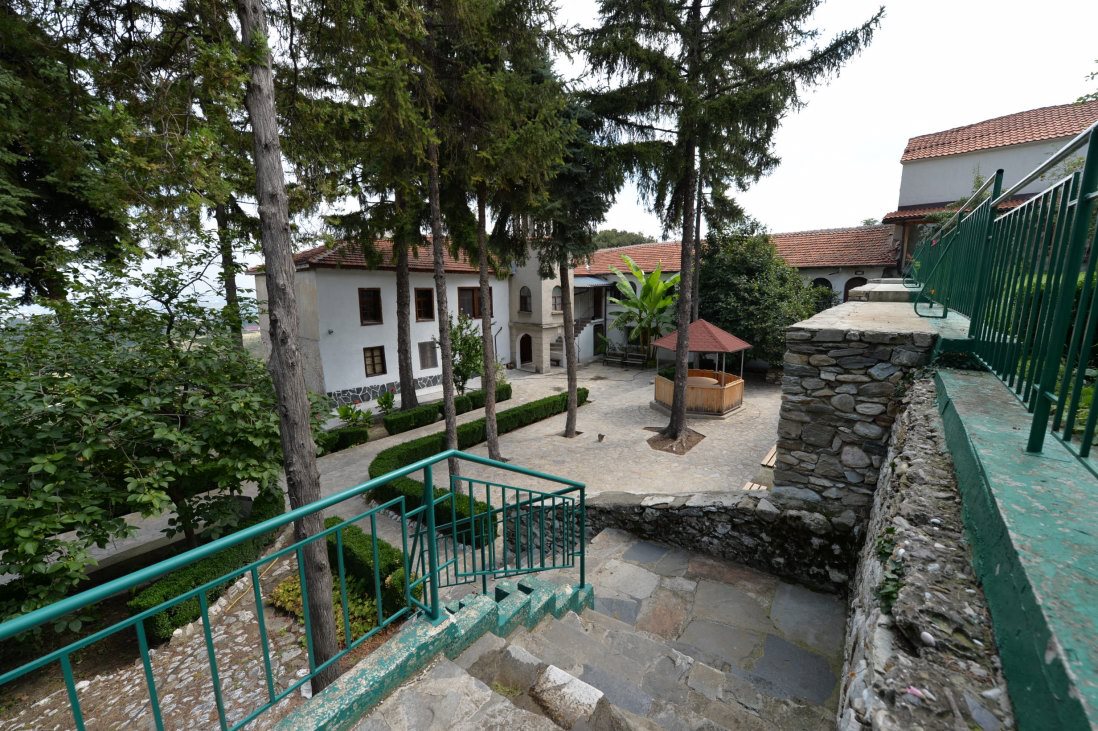 We start with the nearest - Belashtinski Monastery St. George the Victorious. Its place is known and revered for centuries before building of the holy monastery. The holy spring, which is located in the vestibule of the monastery church, has been the object of worship since Thracian times. It was built in 1020 by the Byzantine military leader Nicephorus Xyphius. It was later destroyed by the Ottomans during their invasion of these lands (around 1364). It was rebuilt only in the 18th century by the local Christian population - Bulgarians and Greeks. It was set on fire again in 1878 during the last battles of the Russo-Turkish War, when the last line of defense of the retreating Ottoman army was along the line Kuklen - Brestnik - Belashtitsa. After the Liberation, the monastery was rebuilt, remaining under the authority of the Patriarchate of Constantinople until 1906.

The picturesque decoration of the interior of the church is from a new time. All the walls are covered with beautiful frescoes, made with funds by devout Christians who gave their contribution when visiting the holy monastery. Some of the icons in the temple were created in 1924, but there are also older ones - from 1884.

A remarkable part of the exterior of the monastery complex is its well-kept yard, with its beautiful garden. Its space is filled with many flower beds and beautiful trees and shrubs. The great wealth of the Belashtinski Monastery, with which it is known throughout Bulgaria, is its healing spring. 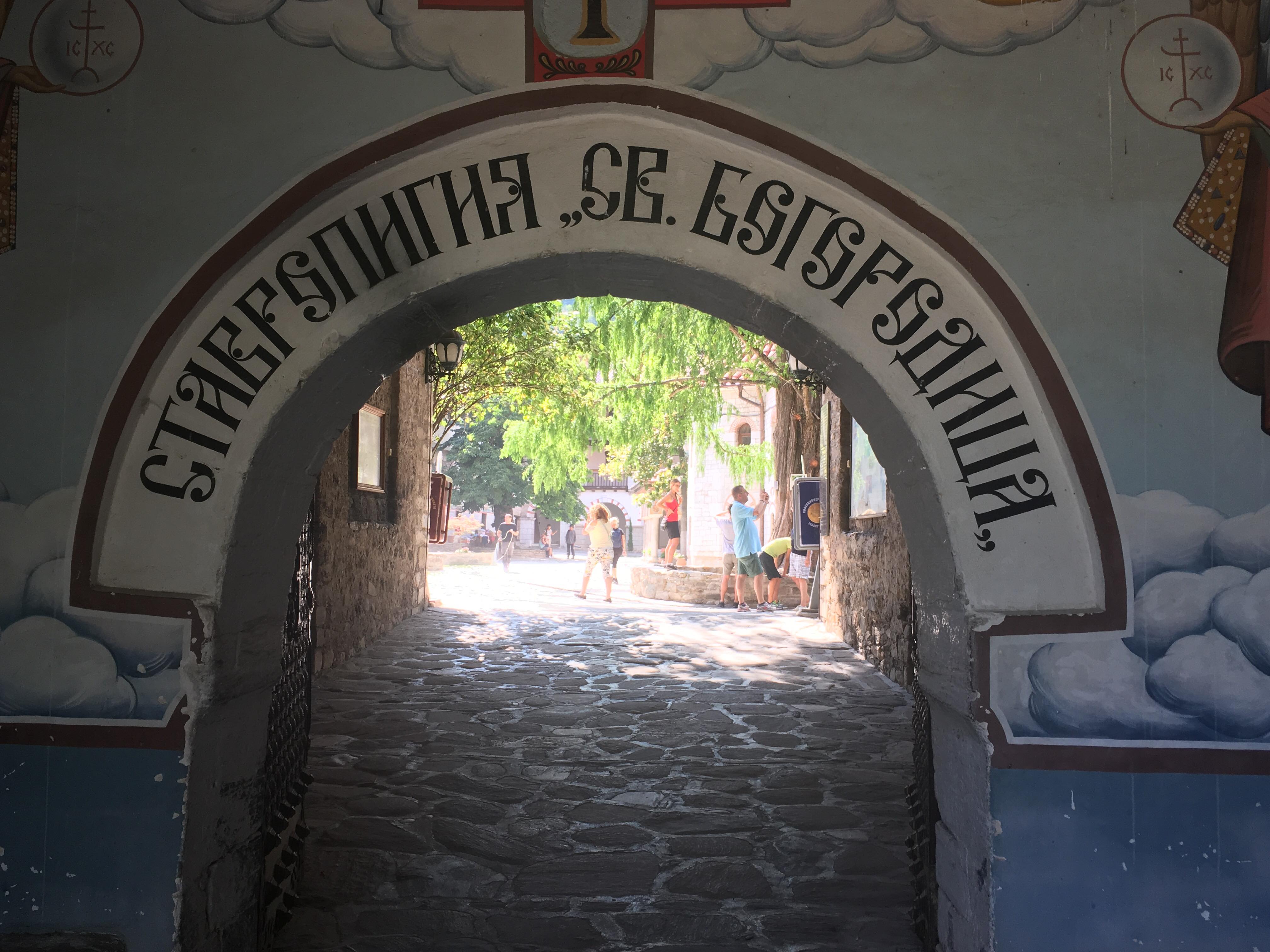 Our next destination is well known to all Plovdiv residents and perhaps the most popular route from the city under the hills. The Bachkovo Monastery of the Assumption is the second largest in Bulgaria. The road to it doesn’t take much time, but it is extremely green and beautiful, especially in spring and summer. It is very popular and that is why it is difficult to visit without a large influx of people, but the good thing is that the atmosphere in the yard is somehow more authentic when it is full. Along the way and in the yard of the monastery there are fountains with drinking water in several places, and those in the yard have very interesting ornaments.

One of the reasons many people visit the monastery is the miraculous icon of St. Mary Mother of God, who is inside and to whom thousands of people pray and give thanks. You can light a candle, take a walk, see the beautiful murals and icons inside, and then rest in the shade under the tall redwoods planted in 1958 by Hieromonk Nahum. 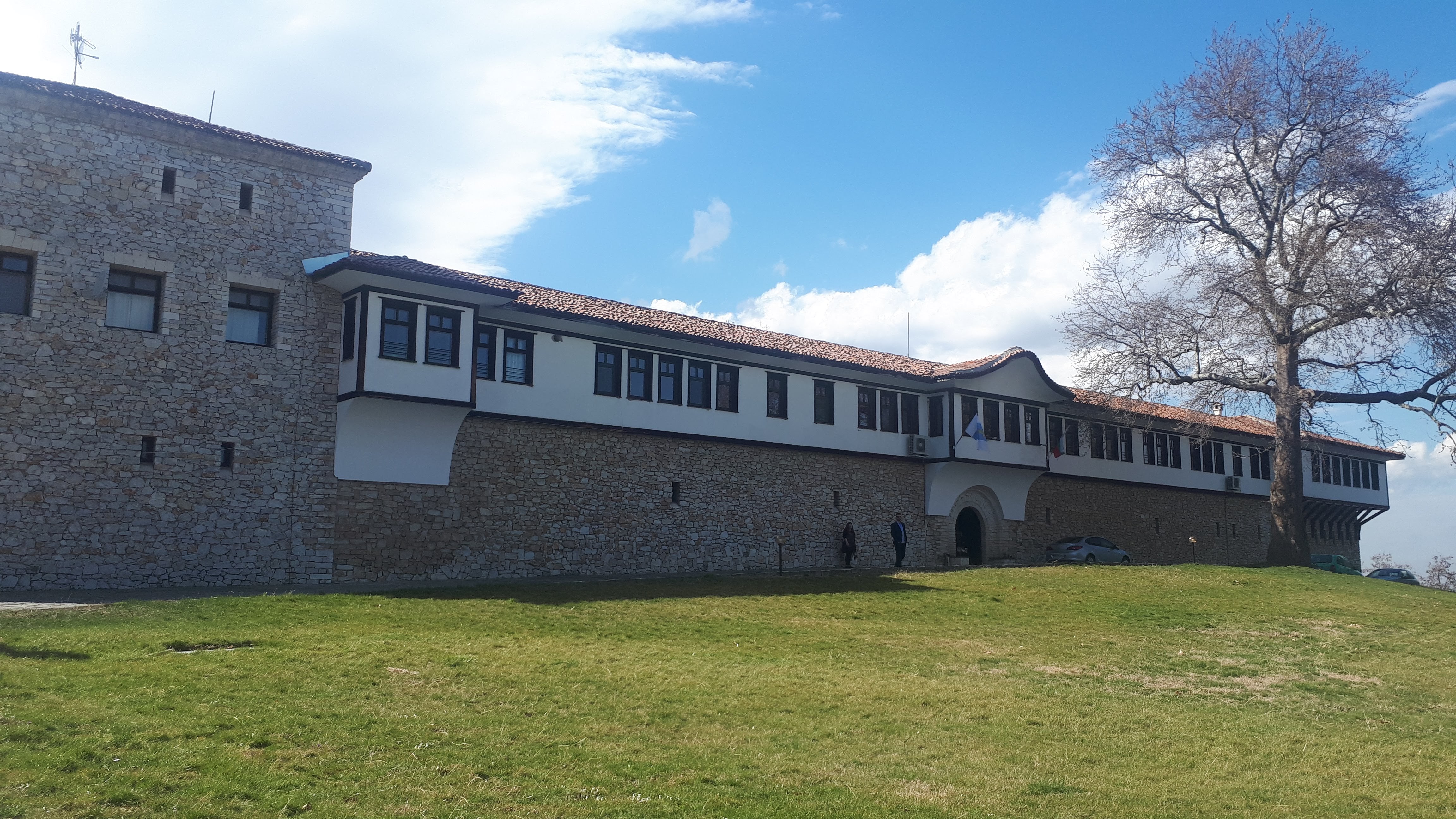 We’ll also virtually visit the Kuklen Monastery of St. St. Kozma and Damian. It is located about 15 kilometers from Plovdiv and is also known by its popular name Sveti Vrachove. There is no consensus on when exactly it arose. It was mentioned in the 11th century in a document about the properties of the Bachkovo Monastery, but in the middle of the 17th century it was destroyed. At the beginning of the 18th century the holy monastery was rebuilt by patriotic Bulgarians from Plovdiv. The monastery became an educational and cultural center for a short period - there were prominent figures such as Krastyu Gramatik, hieromonk Sider, hieromonk Anani and others who worked there. Grammarians and calligraphers were trained for a long time in the established literary school and books were written and transcribed intensively.

The whole monastery complex is located on three levels, surrounded by a common fence. There are two churches - large and small, residential buildings, where the monastic cells are located, a guest house consisting of rooms for pilgrims and outbuildings. The spring is located outside it. In the lowest part of the yard is the big church St. St. Kozma and Damian. It is considered one of the oldest churches in Bulgaria. Information about it dates from the fifteenth century. 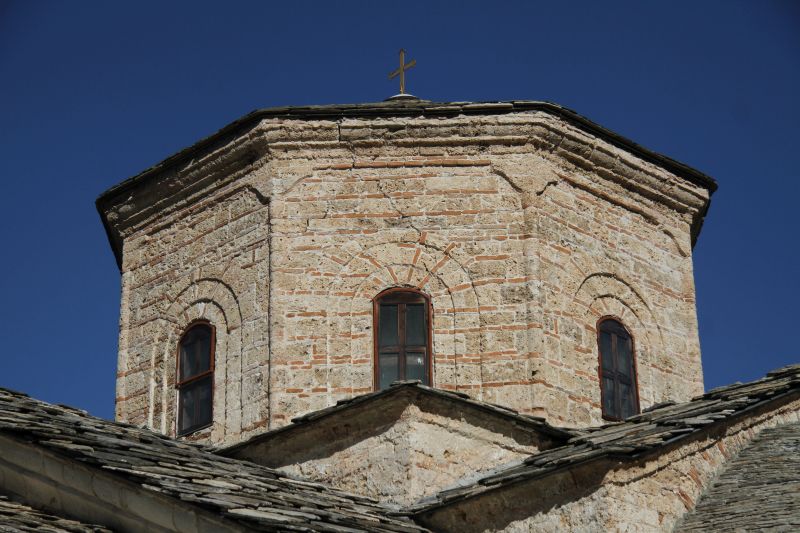 Again in the Rhodope forest is nestled the Gornovoden Monastery of St. St. Kirik and Yulita. It is believed to have been founded in the Middle Ages. In more recent times, it shared the fate of many other Bulgarian Christian buildings and became a victim of the Kardzhalii from the beginning of the 19th century. In 1810 it was set on fire by criminal gangs.

In the following years the monastery was rebuilt. As it is under the patronage of St. St. Kirik and Yulita and the monastery church - of St. Paraskeva, it is assumed that years ago there were actually two nearby monasteries that bore the names of the individual saints. It was during the Revival and after the burning by the Kardzhalii that the unification took place.

The monastery church was built in 1850. Very beautiful and picturesque both outside and inside. Outside the temple has a large multi-walled dome. Inside, it is richly painted, although not all the frescoes are in good condition.

The Gornovoden Monastery can be reached on the way to Asenovgrad and through the Gorni Voden neighborhood itself. The road is well marked with signs. Apart from the monastery itself, in good weather it is pleasant to walk in nature. There is a spring with a chapel of the same name nearby. 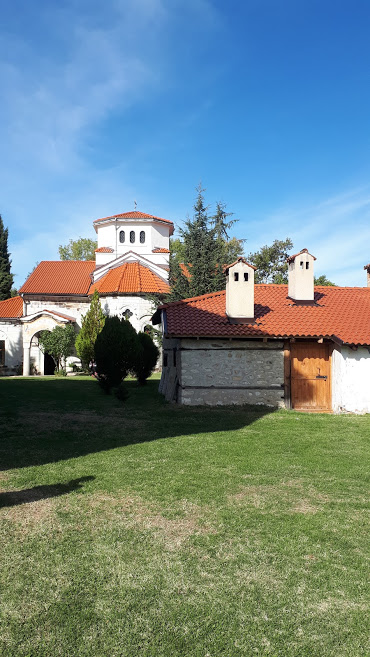 We end our tour with the Arapovski Monastery of the Holy Great Martyr Nedelya. It was built in 1856 by hieromonk Sophrony. The architecture of the monastery is close to the Athos type of cross-domed churches. Three years later the school of the monastery was founded. Money for the construction was not spared and that is why the Arapovski Monastery is one of the most beautiful in the Plovdiv diocese. The frescoes were made between 1864 and 1884 by Alexi Atanasov and Georgi Danchov Zografina. There is evidence that during the April Uprising, Ivan Vazov's mother lived here with her children. The Russo-Turkish War (1877-1878) put an end to the holy monastery, as it was burned down, after which it was rebuilt.

The area is extremely suitable for weekend tourism and its advantage is that it definitely lacks the crowds typical of the area of the Bachkovo Monastery, for example. On one side of it there is a huge meadow for games, picnics and relaxation. 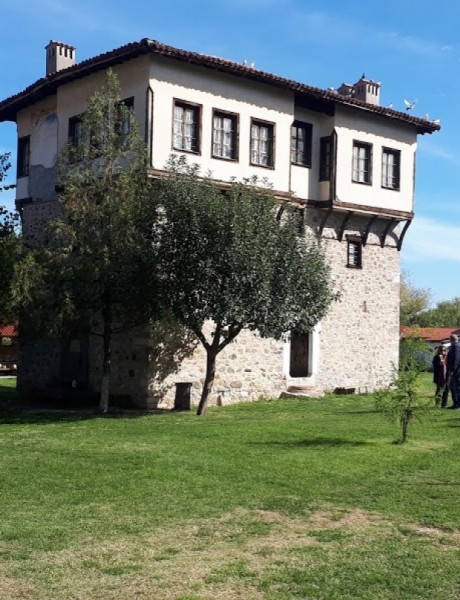 From Plovdiv to the Bachkovo Monastery and the Asen Fortress 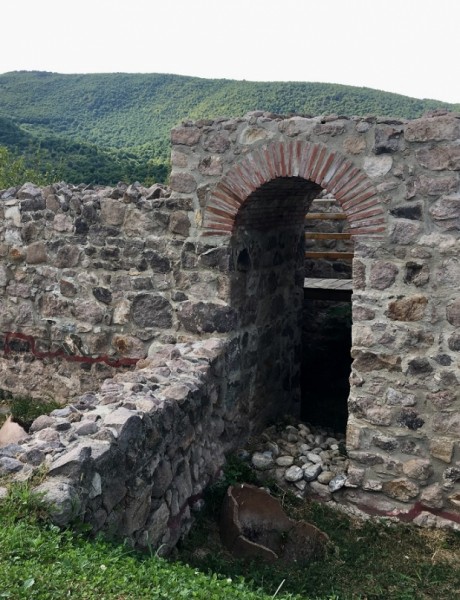 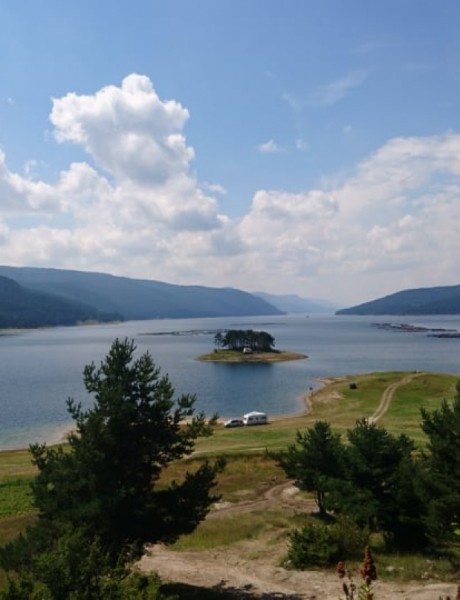 Weekend getaway to the highest dam in Bulgaria

Searchers of places for beautiful Instagram shots, as well as mountaineers and even fishermen will like it 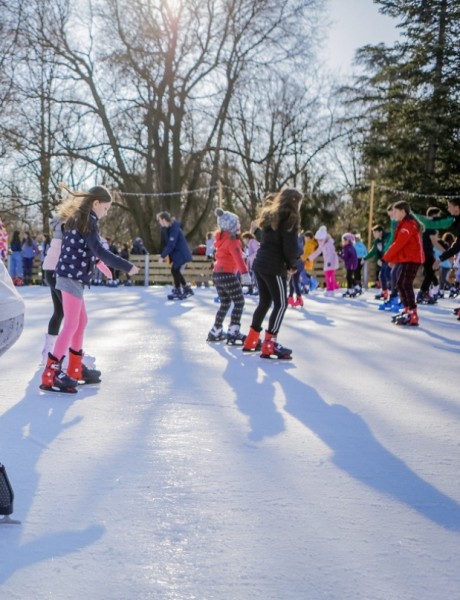 Weekend in lockdown: what to do?

The coronavirus has totally changed our notions of entertainment, and we are already thinking of various alternatives for spending days in isolation