Comparing Plovdiv with Rome may sound ridiculous to some of you, but our team has discovered several similarities that are definitely worth noting. Although on two separate peninsulas, both cities are full of history and date back over 4000 years. Still, here Plovdiv holds the championship as it is recognized as the oldest living city in Europe. 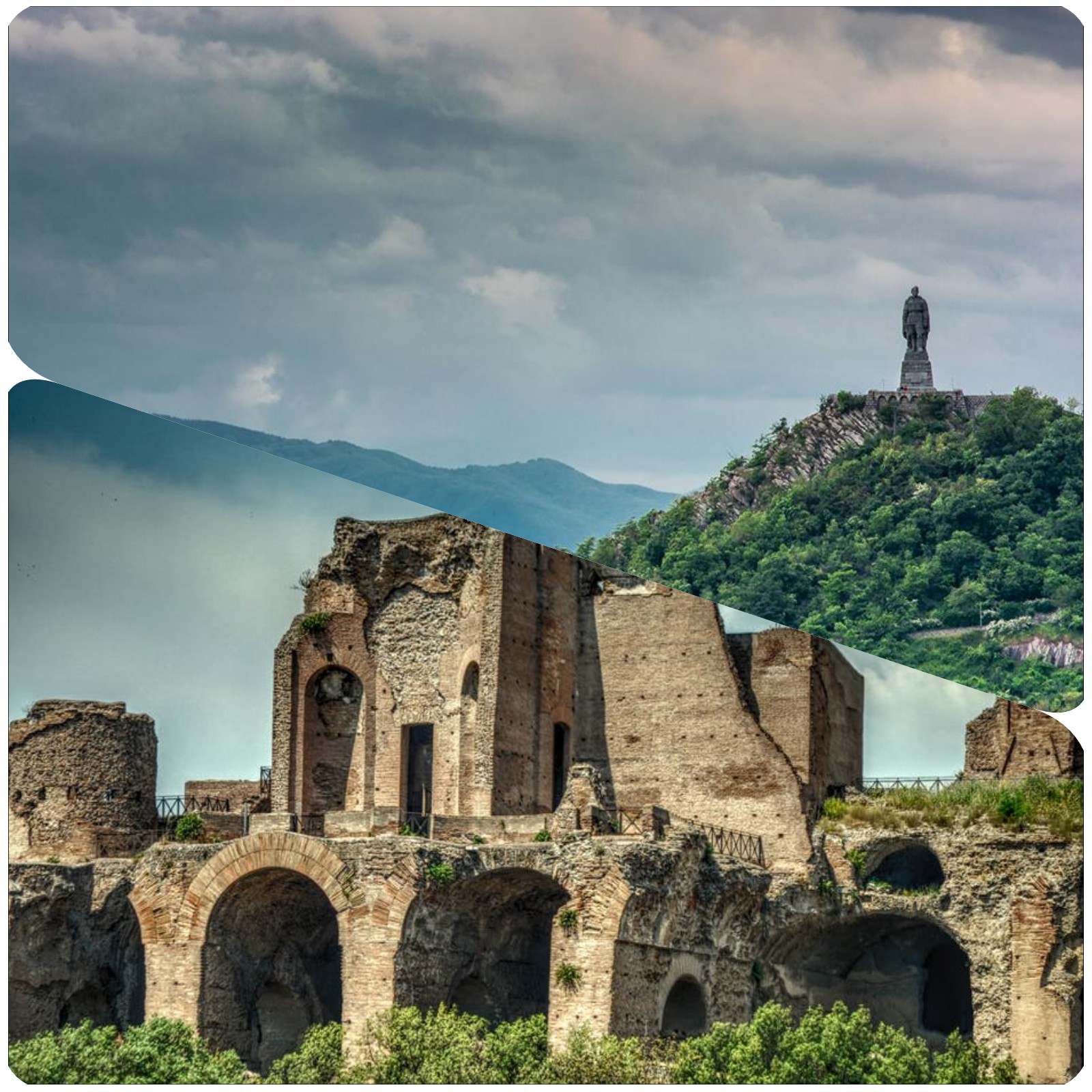 When we write about similarities, however, we immediately note number one: only three cities in the world are rising on seven hills - Rome, Plovdiv and Rio de Janeiro. Well, for the time being, we can’t note more similarities with the Brazilian megapolis, but in the lines below you will find a few more with the Eternal City. 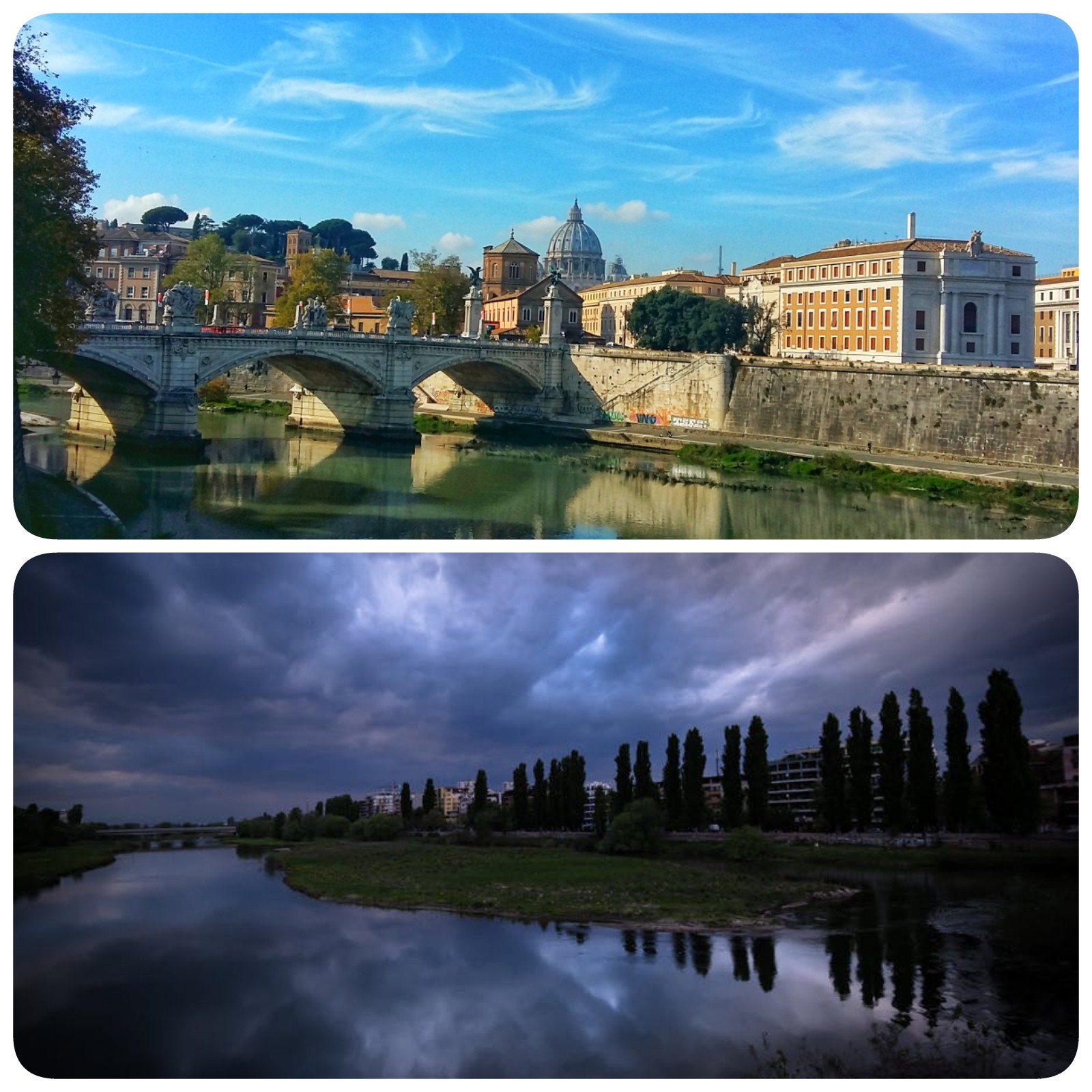 Plovdiv, as well as Rome, is divided in two by a river crossing it. For the Bulgarian town this is the Maritsa River, and for the Italian - the Tiber River. 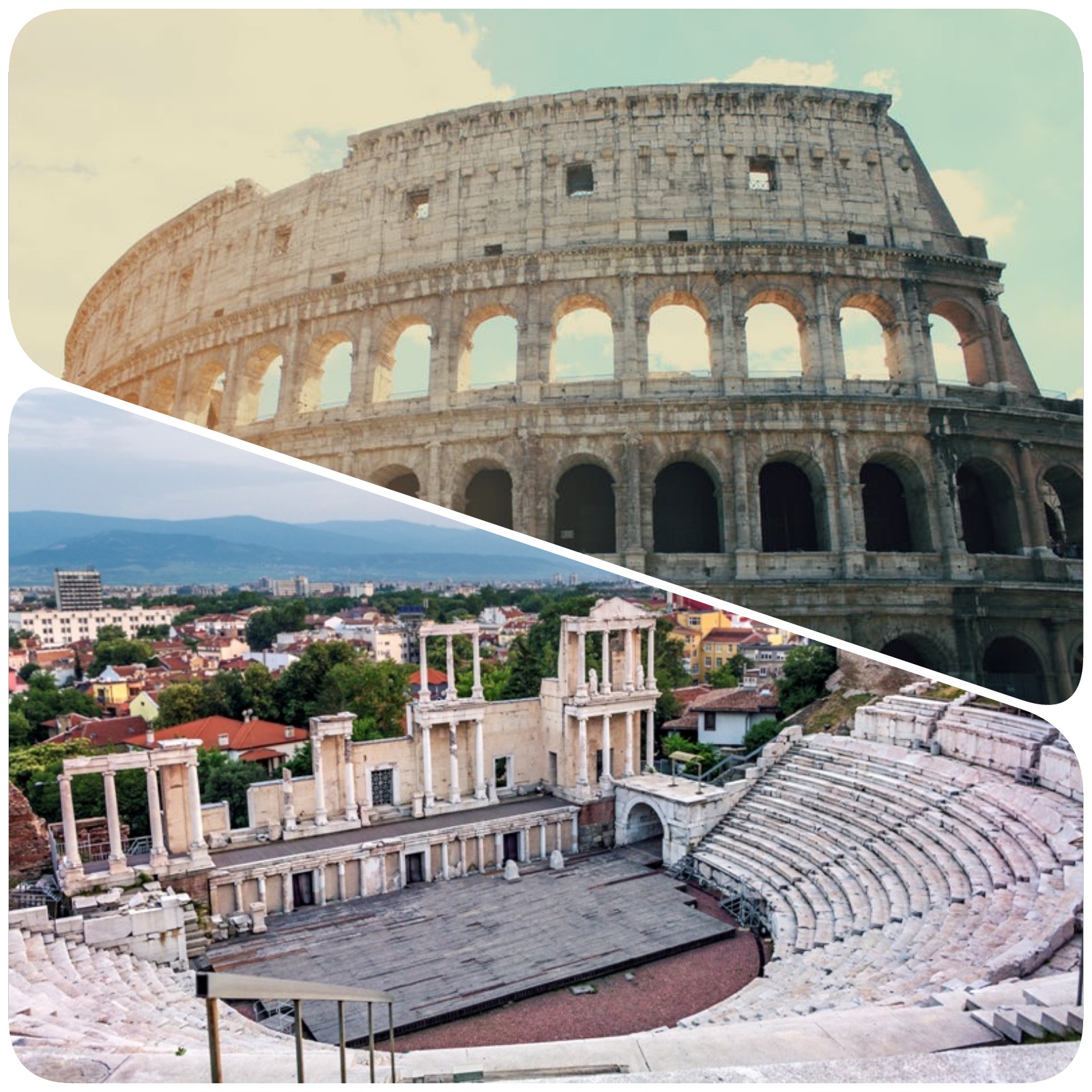 The Roman Stadium, the Ancient Theater, the Odeon and the Forum, the Roman Aqueduct and other sights are only a small part of the buildings and facilities preserved in today's Plovdiv from the time of Ancient Rome. 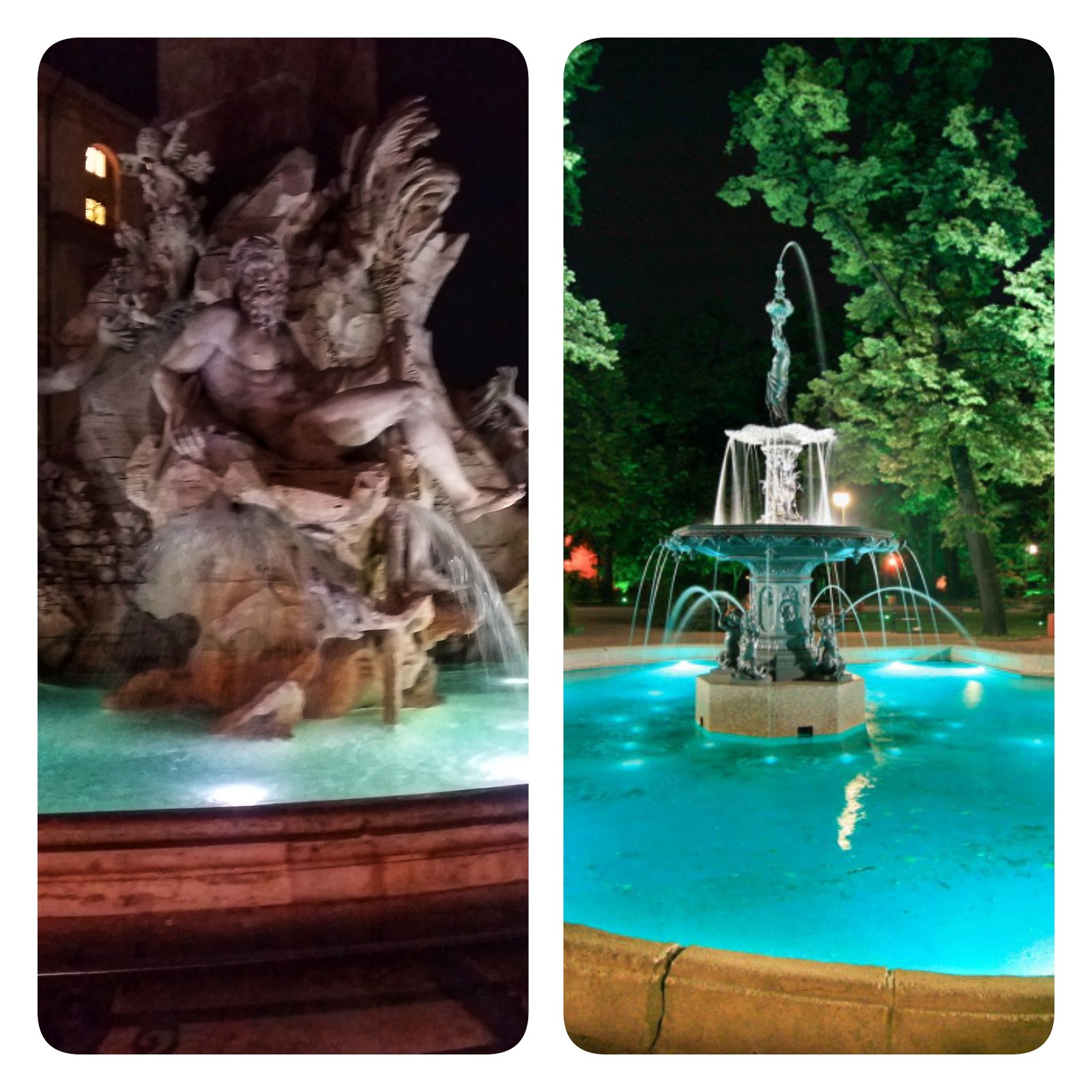 Although somewhat aside from all the tourist noise, the fountain of Goddess Demeter in the Tsar-Simeon's Garden undoubtedly resembles the fountains located at key locations in the Italian capital. Its sculptor is also an Italian, but from Florence - Arnoldo Zocchi. 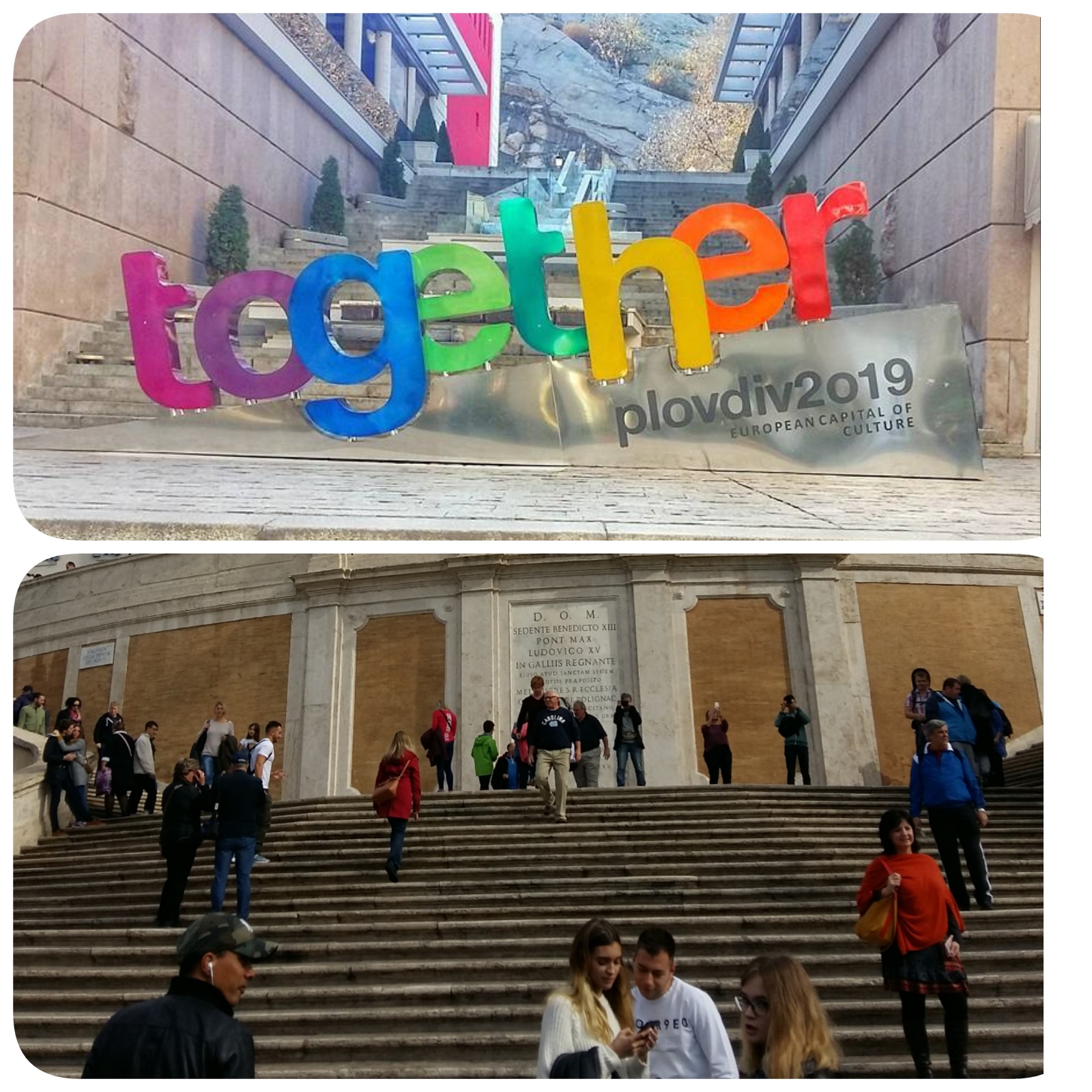 And perhaps if we say that the stairs of Kamenitsa resemble the Spanish stairs in Rome, it will be a bit of an exaggeration, but we leave it to you to judge. Both attractions lead to a hill and connect it to the central streets of the city. They are a favorite place for pictures, respectively for the guests of Plovdiv and the visitors of Rome.

It is a well-known fact that “All roads lead to Rome”, but we recommend that you don’t miss Plovdiv because here every place has a history and atmosphere, and to dive into it is good to get lost in the city with us.