The young Bulgarian Georgi Mavridi was the first to welcome the great French poet, public figure, politician and statesman Alphonse de Lamartine during his visit under the hills and that is why he gave him the honor to visit his home.

The impressive building, owned by the prominent Mavridi family, was built by an unknown master in the period 1829-1830 and is one of the largest and most beautiful houses in the Old Town. It was brand new and in all its glory as a remarkable architectural creation, when in the summer of 1833 on his return from a trip to the Middle East, the great French poet and traveler Alphonse de Lamartine stayed there. 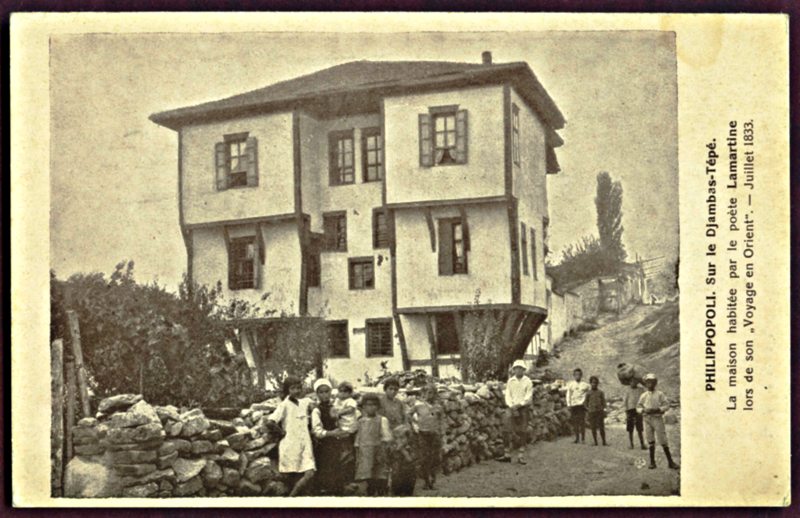 According to his travelogues, when he reached the City under the hills, a young and handsome man was the first to reach him, and speaking in Italian, he explained to him that since he had touched him first, he had to agree to stay at his home. Thus, on the evening of August 2, 1833, the French guest came to the house of Georgi Mavridi on Dzhambaz Tepe. Lamartine was fascinated by the house, which was furnished in European style. The building still exists today and although it is not the only one where the Frenchman stayed, it’s the only one to preserve the memory and survive earthquakes, wildfires and encroachments of ignorant rulers who destroyed many beautiful examples of Bulgarian Revival architecture. It survived with the memory. Because Lamartine was the first French diplomat to officially raise the issue of the freedom of Bulgarians and their right to have their own state. He claimed that Bulgarians are fully prepared and worthy of their freedom.

The Frenchman stayed in Plovdiv for three days, during which the governor and the elders of the different nationalities in the city came to greet him and drink coffee. Few knew that in the same year, 1833, when Lamartine solemnly passed through the crowded streets of the Three Hills, accompanied by about 60-80 horsemen, Lamartine's political career began. He then became a member of the Chamber for the first time, then reached the post of Minister of Foreign Affairs of France. From this

It was not until the beginning of the 20th century that people started talking about Lamartine and his visit to Plovdiv under the hills. First were the teachers from the French Men's College St. Augustine. The most zealous of them is Gaston Sergerar, known in Plovdiv as Per Alain. He published several books on Bulgarian history in France, analyzed the French travelogues about Bulgaria, and collected information about Lamartine.

It was declared a cultural monument and officially became a museum of Lamartine in 1960, and since 1978 it has been used as a creative base of the Union of Bulgarian Writers. His works, their translations and facsimiles from his book "Journey to the Orient" are displayed in the room where he spent the night. Portraits with his face are hung on the walls. Two years later, Paris Match magazine dedicated a whole page to Lamartine's house in Plovdiv. It is noted that many travelers and writers have visited the museum and that even the doorman of the house has learned a few words in French and three poems by Lamartine to greet guests properly.

At the beginning of the year, it was announced that the architectural jewel would be renovated in order to restore the murals and reopen it to tourists, but at the moment it is still one of the buildings that can only be admired from the outside.