On a narrow-gauge adventure

Along with the rolling stock and the natural resources along it, it is unique and a reason for national pride

During the First World War, Bulgaria felt the huge lack of fast transport connections to the ends of the country. The problem was especially severe in the Rhodopes, which were then almost inaccessible. Therefore, in 1915 the government ordered to study the valleys of the rivers Yadenitsa, Eli Dere (today Chepinska) and Vacha and to choose where to build a railway to the Rhodope Mountains. 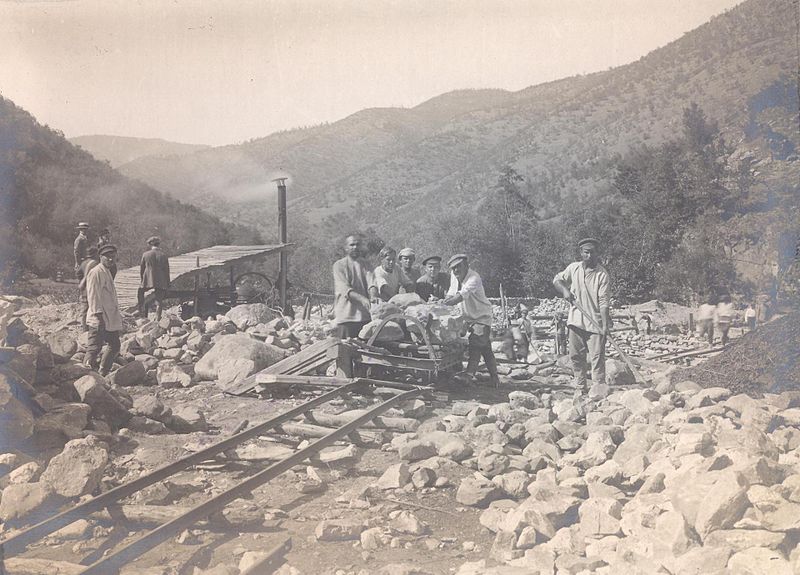 The work started in 1920, and in 5 years - until the summer of 1926, the line broke through the gorge and reached the village of Ladzhene. People worked in very difficult conditions without any equipment and mechanization. The ten tunnels in this section were drilled with rock explosions, picks and shovels, in extremely life-threatening conditions.

On August 2, 1926, at exactly 11 o'clock, the first train in the history of the narrow-gauge railway departed. After Saranbey station the train stopped at Varvara station, Banite station, Dorkovo station, Bakardzhiyski khan station, Dolene station, Drenov dol station, Chukata station and got off at the last Ladzhene-Kamenitza station. The journey took 3 hours and 22 minutes. In the following 1927 the section between the villages of Ladzhene and Chepino-banya, today quarters of Velingrad, was opened. 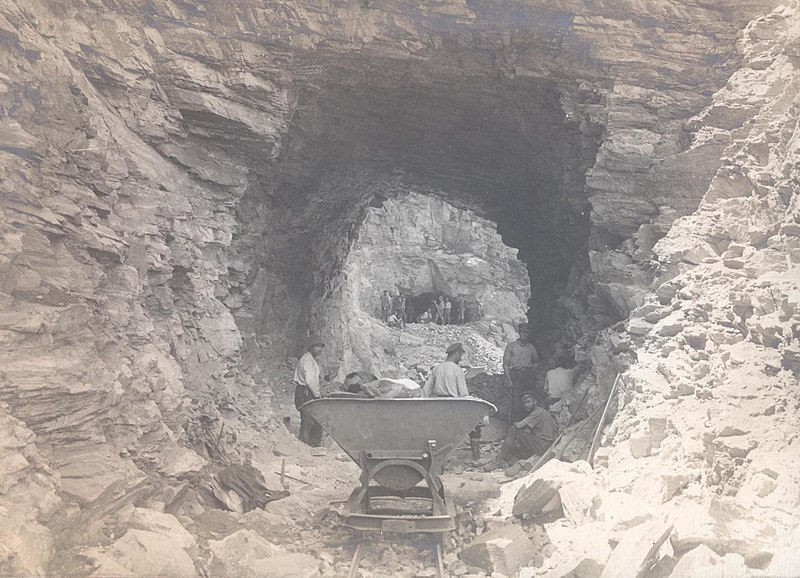 Another year later, the section from the village of Varvara to the town of Pazardzhik was opened. From that moment on, the name of the line was changed by law. It was already called Tatar Pazardzhik - Nevrokop, with a branch Varvara - Saranbey. The law also said that Pazardzhik would be the main starting and ending station for trains on the line.

9 years later the next section was put into operation - from Chepino-banya to Yakoruda station. It was the most difficult to implement. Here - between Sveta Petka station and Avramovo station, the railway line climbs to 5 floors, passing under itself through 16 tunnels for only 9 kilometers. This unique facility is called "eight" because of the shape of the route. After Avramovo station, the line makes two spiral descents, also called "sixes" - covered and open. Thus it reaches the Cherna Mesta bus stop and from there descends to Yakoruda along the valley of the Mesta river.

It is unique for the section from Velingrad to Avramovo that here the railway line Septemvri - Dobrinishte still remains the only means of transport for hundreds of locals from the high mountain villages near Tsvetino station. Much of the local population makes a living there thanks to the narrow-gauge railway, which remains vital to the area.

On July 30, 1939, the section to Belitsa station was opened, and the total length of the line from today's Septemvri was already 101 kilometers. Then Tsar Boris III himself drove the celebratory train. This event remained in the minds of the local population with the two miracles of the time: tsar and train together in the region.

For the next 4 years the section Belitsa - Razlog - Bansko was built. It was opened on March 3, 1943, and on December 9, 1945 the 6-kilometer section from Bansko to Dobrinishte station was put into regular operation. It remains the last to this day and this date is considered the birthday of the small railway. These last 6 kilometers of the 125-kilometer route were built in two years, with the entire population of Dobrinishte taking an active voluntary part, driven by the desire to connect with the rest of the country by rail.

Over 75 years later, the line did not reach Gotse Delchev as planned, but it has a great contribution to the development of this Bulgarian region. The biggest shock was experienced by the narrow-gauge railway in 2002, when the section Pazardzhik - Varvara was closed and the freight traffic on the line was stopped. But the value of this narrow-gauge railway remains forever.

Today, the Septemvri-Dobrinishte line is defined as a marvel of engineering thought and an architectural masterpiece, and in early 2020 a reader's ranking of the prestigious British edition Guardian put it in first place among the 10 most attractive railway routes in Europe. Along with the rolling stock and the natural resources along it, it is unique and a reason for national pride.

The displacement of over 1000 m that was overcome for only half of the whole distance, the 35 tunnels built, the artificial development of the route in several floors near the highest station in the Balkans - Avramovo and many other features are the reason why today the Rhodope narrow gauge is studied in a number of renowned universities in the world as an example of ingenious engineering solutions.

In recent years, tourist interest in the unique railway facility has been growing steadily. For the organization of special attraction trips, a steam locomotive and two retro cars are kept in motion, and this is only a small part of the plans for the development of the narrow-gauge railway. 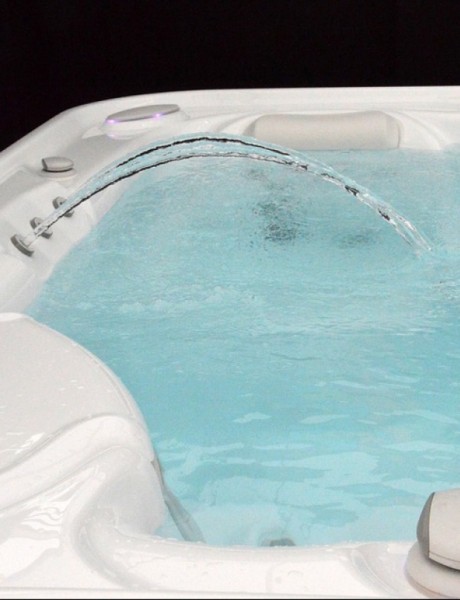 For a maximum of an hour of travel, you can quickly dive into the relaxing world of spa tourism and enjoy your weekend to the full 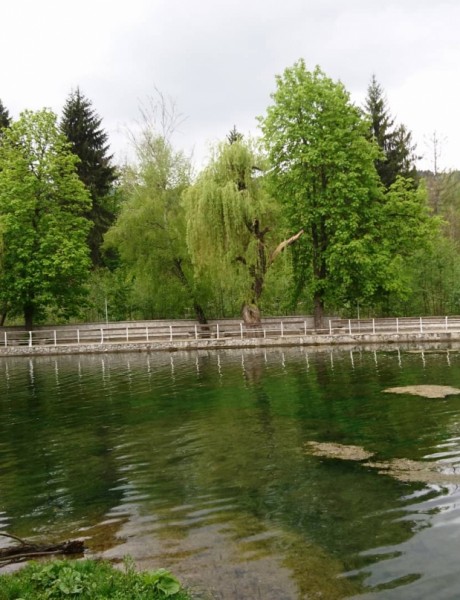