A piece of the heart of one of Italy’s most beautiful actresses Ornella Muti has stayed in Kapana forever. Few of the people who live in the free of local passions architectural complex today remember the arrival of the film star on Abadzhiiska Str. There, on №7, Muti found a wonderful house and fell in love with it and the spirit of the neighborhood. Other that reminding her of the most romantic towns in her motherland, there was something more interesting in it – mystery. 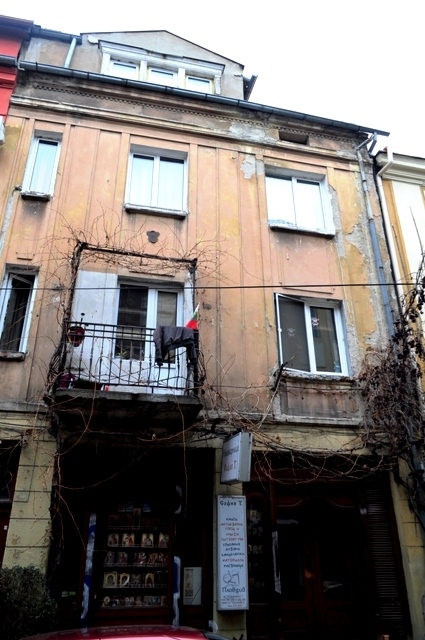 Ornella’s blue eyes riveted on Kapana in 1991.Back then the charming Italian woman came to Plovdiv for the shooting of a film with the work title ‘Trip to Tsargrad’ – a romantic saga about an extraordinary woman. At first the idea was to shoot in the Old Town, but passing through Kapana Muti and the rest of the crew were left dumbfounded at the feeling in the urban parts. They found the perfect natural set for the episodes they wanted to shoot under the hills. Ornella revited her eyes on the house on 7 Abadzhiiska Str. and said: ‘This is it’. The beauty’s blue eyes sunk into the exceptional authentic woodwork and the romantic façade. Today the bookstore Sofia T is housed there. Back then there was a book shop, but it was not what the cinema people needed. They needed a coffee shop amidst a sea of large pavement. The problem was quickly solved – the production team paid the girl behind the stand at the bookstore a two-day leave and turned the cameras on. They rearranged the place, set small round tables on the narrow paved streets near the three-stored hundred years old buildings. They put chairs, and women sat on them with their legs crossed. Ornella Muti drinks her coffee in the middle of the shot, of course. They also put white table-cloths and decorated with bright flowers between the people. The cars on Abadzhiiska disappeared and the Italians said: ‘Tutto bene’. And they wondered why on Earth there are cars parked in a place like this.

The shooting continued 48 hours, they worked day and night. During the pauses Ornella Mutti learned the story of the house.