Plovdiv is an ancient city where we are so accustomed to cultural monuments, some of them, unfortunately, not in a good condition, that we pass them by without delving into their rich history. Such is the building - the "hero" of our publication today. Orta Mezar Bath is one of the four oldest buildings in Plovdiv, and during the years besides Turkish it was also Jewish.

The hammam was called after the neighborhood of the same name, which people began to populate after the Ottoman Turks conquered the city at the end of the fourteenth century. According to historical data, this public bath was built in the XV-XVI centuries. It is also known as Eni Hammam. It has been declared a cultural monument of local importance. The Orta Mezar means the middle cemetery, as each new neighborhood along the banks of the Maritza River had a place for the dead, so they alternated: a neighborhood with a cemetery. Around 1902 it was called the Crown and later adopted the name Tsar Boris.

Another curious fact from the history of the hammam is that in 1929 Tsar Boris III personally signed a decree for its demolition, which, fortunately, was not subsequently enforced.

In the previous system, it was called Chaika. It is unknown why the socialists chose this name, under which the bath functioned as a public bath until the mid-1980s. A little earlier, the demolition of the old buildings around it began in the 1980s, and Orta Mezar was one of the few buildings that remained there as a symbol of times gone by.

In the dawn of democracy, the hammam was a municipal property and was rented out for commercial purposes, and is currently the private property of two Plovdiv businessmen – Radoslav Bozukov and Chavdar Stoyanov. With their purchase, they have a project to restore and transform it into a stage and cafe gallery. Unfortunately, a fire broke out in the building in 2016, leaving almost nothing in the furniture store located there at that time. The roof was burned, and at the moment, even a few years later, only the walls protrude from it, as a sign of the history of the intersection of two of Plovdiv's largest boulevards. 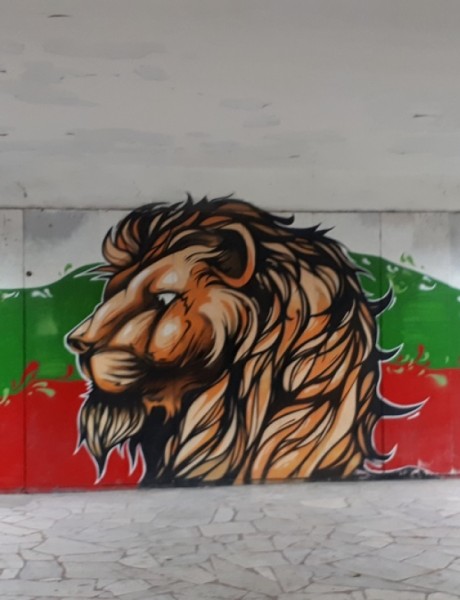