The new Instagram sensation: The Red Church near Perushtitsa

If you actively follow social media, there’s no way you’ve missed the dozens of photos of Bulgarian influencers who drew attention to one of the pearls of early Christian architecture in Europe

With the more noticeable warming during the day and the longer hours of sunshine in our country, the desire to travel outside the city and discover new sights and photogenic places inevitably awakens. This is the topic of today's article, and all you have to do is take half a day off the weekend and embark on a short journey less than half an hour away from the city under the Hills.

The Red Church is 2 km away from the entrance of Perushtitsa and you will easily see the turnoff to the left. Visitors usually park around the road, and a well-paved driveway around an irrigation canal will take you to the wreckage. There is a visitor center at its end, where you can find more information about the site. The temple itself is one of the pearls of early Christian architecture in Europe. It received the status of a national ancient monument in 1927, and an architectural monument of culture in ruined form in 1966. 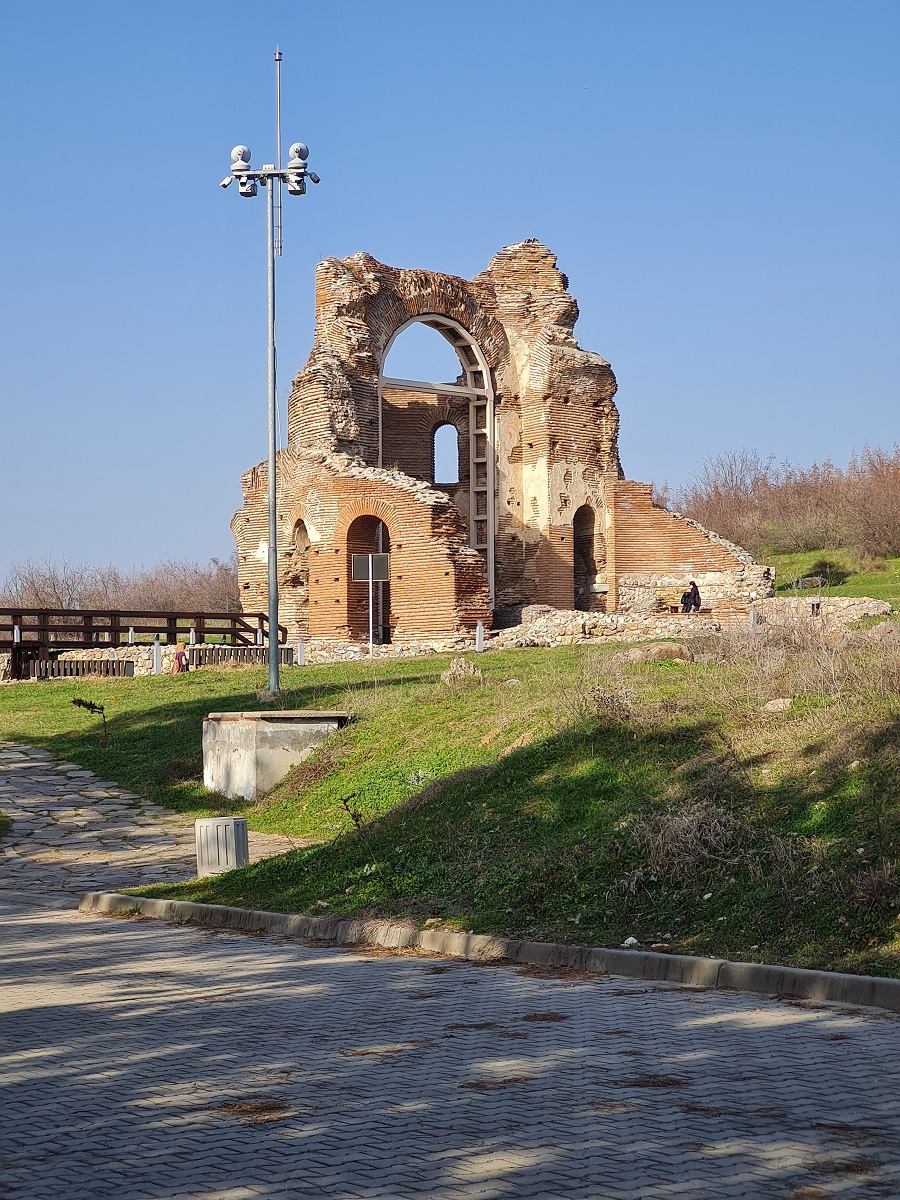 The church was built in the Early Middle Ages - V-VI century AD. Many researchers suggest that its original name was Holy Mother of God due to the widespread cult of the Mother of God during the early Byzantine period, and the name Red Church came from the typical Roman bricks and pink mortar from which it was built. The central building is in the shape of a four-leaf clover, located on the remains of another ruined building with almost the same plan. The remains are from the main part. Subsequently, more rooms were added: a double narthex, a chapel attached to it on the south side, and a baptistery on the north side. A portico with columns from the west forms the entrance of the church. The path to the latter is along a stone staircase, of which only individual blocks have been preserved. The total dimensions of the church are: length - 32.45 meters and width - 29 meters. 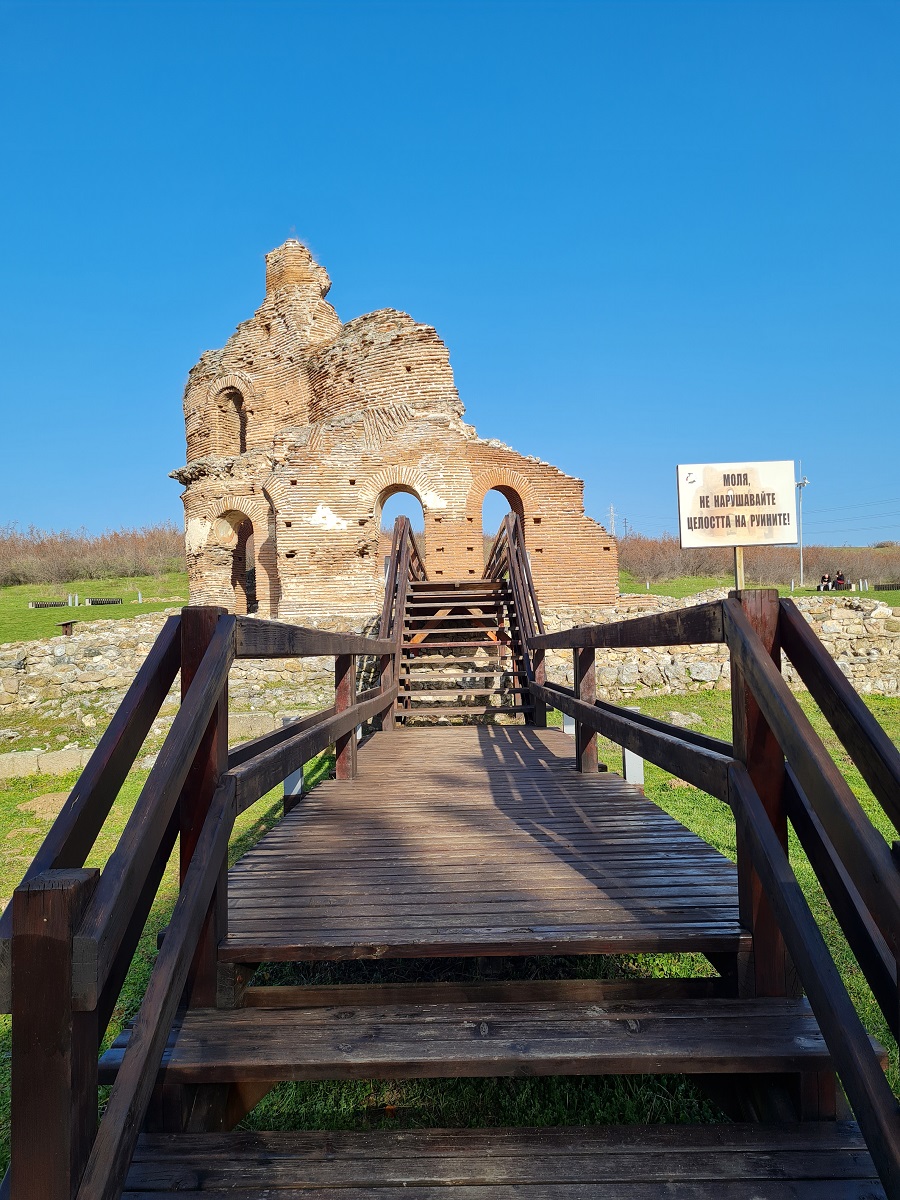 The building was richly decorated. Its floor was covered with mosaic, and the walls to a certain height were lined with marble slabs, above which were frescoes. Experts believe that the two layers of frescoes found were made between the 6th and 11th centuries.

The first known source that mentions the church is from Ikonom Constantine in 1819, who described it as a "ruin". There is also information about it from Konstantin Irecek. In 1915, the Bulgarian Archaeological Society undertook a study that was interrupted by the First World War. At that time, Theodor Schmid was taking pictures of the parts visible above the ground. The Red Church was fully opened in 1921, and the results were published later by Andrei Frolov. 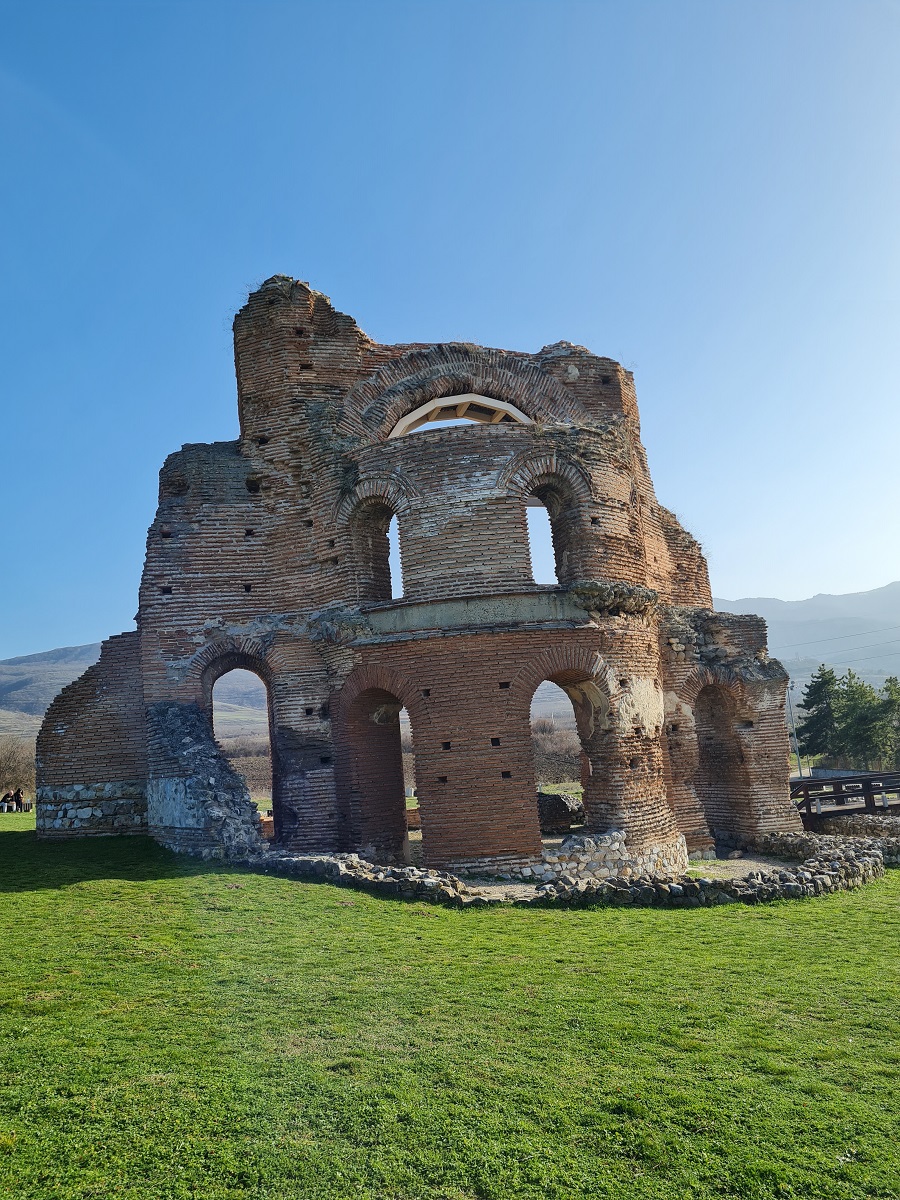 During the period of 2010-2013 a project for strengthening, conservation, access and socialization of the archeological site was implemented. The whole area was renovated with alleys and benches. Signs with detailed information were placed. Artistic lighting has also been created, which illuminates the building at night. But even if you choose the light part of the day, we guarantee that the impressive remains will take your breath away. Be sure to take the time to look at the murals and stand still for a moment, moving back hundreds of years. You will enjoy a magnificent view and spend an unsual day away from the noise of the city.

After the opening of the restaurants, you can now combine the visit with a short break in the Hills Brewery, where you can eat something delicious and take advantage of the huge green areas to gather the warm sunshine. 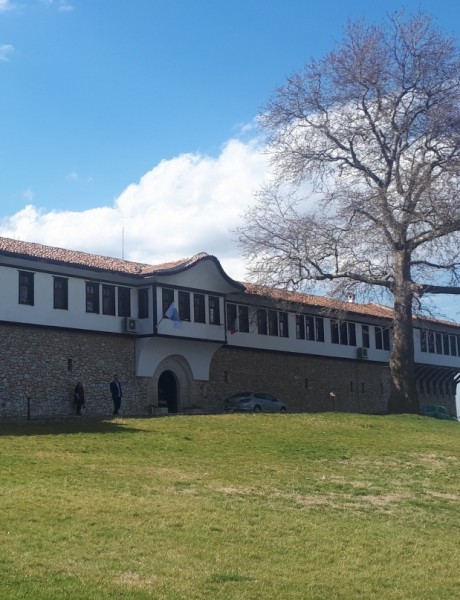 5 monasteries around Plovdiv to go to over the weekend

They are suitable for visiting in all seasons, mostly because of their proximity, but also because of the well-maintained surroundings, which suggest nature walks, picnics in good weather and an escape from the busy urban areas