The holiday of the Bulgarian letters in shots from the past

May 24 is a holiday of the Slavic script, of Bulgarian education and culture. The first information about its commemoration was found in an Armenian chronicle from 1813, where it is mentioned about the celebration of the holy brothers on May 22, 1803 in Shumen. However, the official date of the first procession was May 11, 1851, when on the initiative of NaydenGerov in the diocesan school St. St. Cyril and Methodius in Plovdiv was organized a holiday for the founders of the Glagolitic alphabet. The date was not chosen by chance - this is the common church holiday of the two saints. In the memorable year 1856, when the icon of the equal-to-apostles was ready, the day of St. St. Cyril and Methodius from the patron saint's celebration of the Diocesan School grew into a holiday of the entire Bulgarian population in Plovdiv, and only a few years later it became a real national holiday.

In 1892 Stoyan Mihajlovski wrote the text of the school anthem with his first verse "Go, revived people". The hymn is entitled Hymn of St. Cyril and St. Methodius and includes 14 verses, of which the first six are most often performed today. Panayot Pipkov created the music for the anthem on May 11, 1900.

With the introduction of the Gregorian calendar in 1916, the holiday, celebrated by the state and the church, is celebrated on one day - May 24. After 1969, the church was separated from the secular calendar, so today there are two holidays - church (May 11) and secular (May 24). May 24 was declared an official holiday of the People's Republic of Bulgaria by a decision of the Ninth National Assembly on March 30, 1990.

Since the past, the day is celebrated with festive processions, and this happened most often in the 80s of the last century. In Plovdiv, demonstrations were usually held on the square between the Central Post Office and the city park. The rostrum with the official party and state leaders was located next to Tsar Simeon's Garden, facing the post office. The demonstrating student blocks came from Main Street and withdrew along Ivan Vazov Street in the direction of the station.

For several years, demonstrations were also held on Georgi Dimitrov Boulevard, now Tsar Boris III Obedinitel. They have always been lavish, noisy, very festive, and full of mood. Here are some shots that will be especially emotional for anyone who has proudly worn the Chavdar or Pioneer tie in the not-so-distant past: 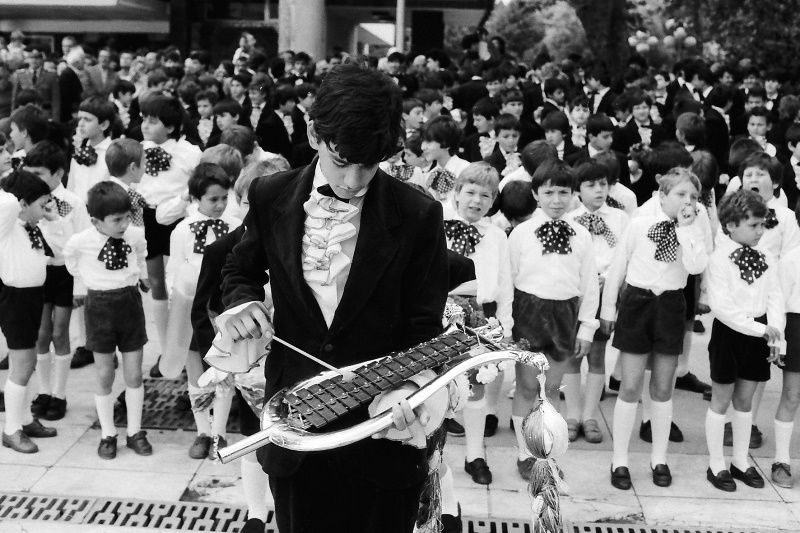 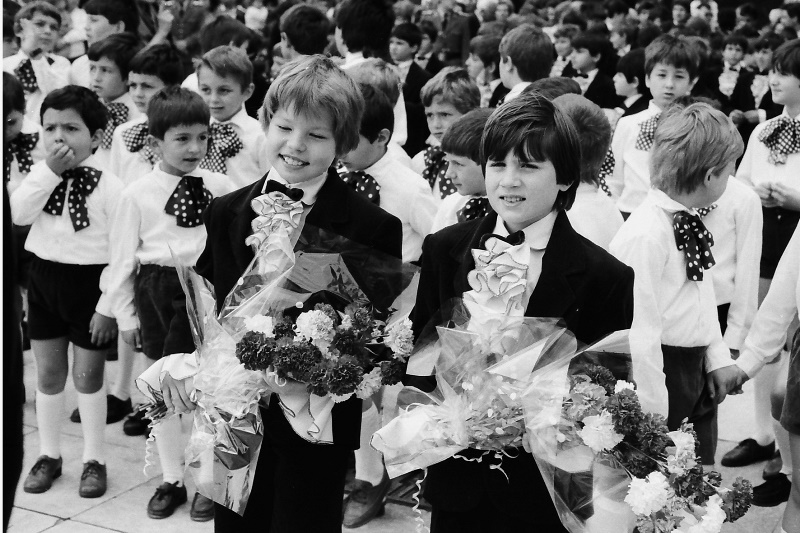 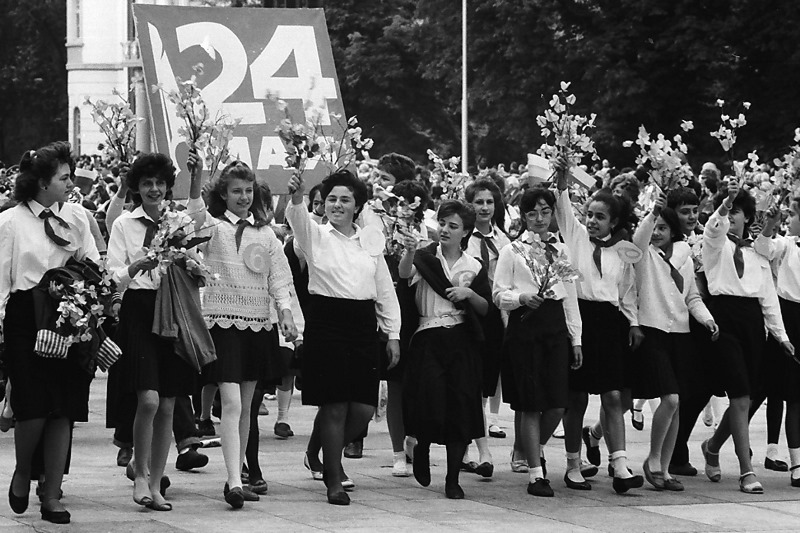 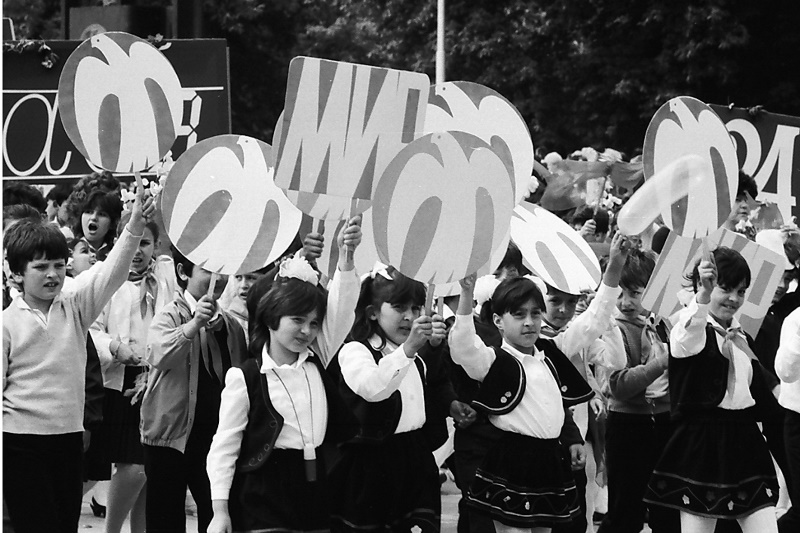 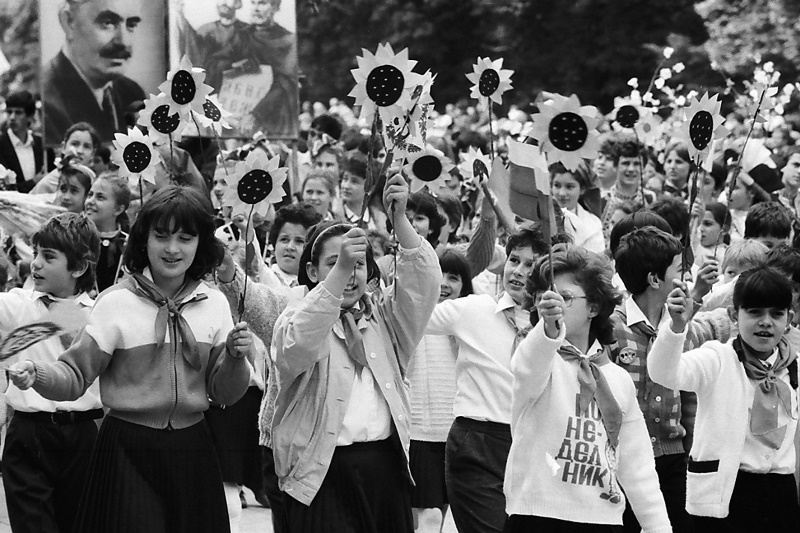 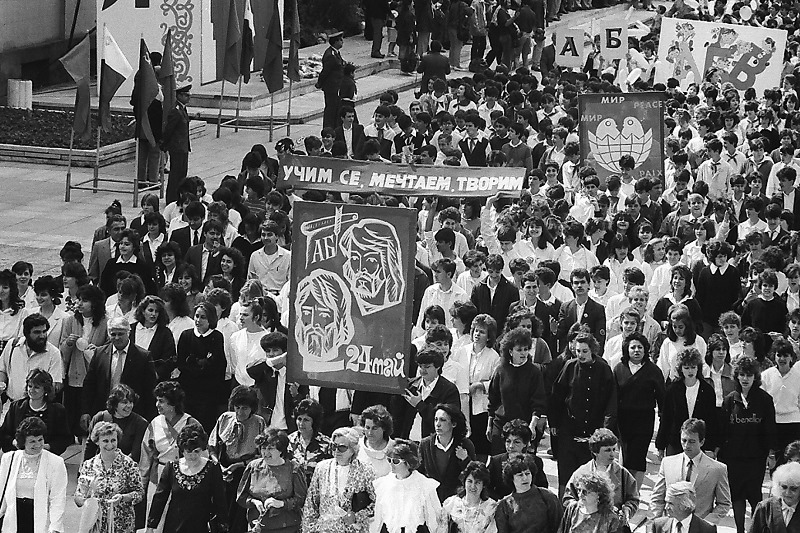