The Military Club - Plovdiv is one of the first military clubs in Bulgaria. At the end of the 19th century, newspapers often called it the Officers' Assembly, and in the past, new dances and customs often started from its salons. Over the years, it has undoubtedly become a true institution that preserves the historical, social and cultural development of the city.

Prior to the appearance of the Military Club, officers had no home and rented private buildings for years. For the first time, they asked for terrain for their own roof in 1895. In 1899 they decided to start construction. The land was granted the previous year by the then-mayor of Plovdiv - Hristo G. Danov, and the place - the northeast corner of the Tsar Simeon’s Garden. The garrison commander was rather hesitant about accepting the site, thinking it was inappropriate because it was far from the city center at that time – the Dzhumaya Square. For a variety of reasons, the overall construction process slowed down a bit until it began in 1906. Nikola Lazarov, one of the most famous Bulgarian architects, was invited to design. 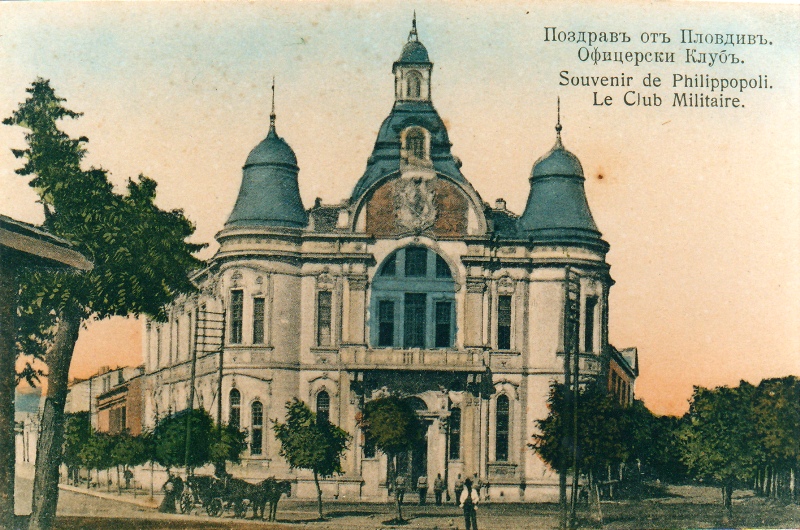 The club was officially completed in 1908 and the official and solemn opening was with an elegant officer’s and civic New Year's ball. The interior decoration of the grand salon for this commemorative ball was entrusted to the city's famous artist and decorator Andro (Dimitar Andreev), who was then an art teacher at the Plovdiv Girls' High School. In front of the club, next to a specially built triumphal arch Tsar Ferdinand was also greeted when he was in Plovdiv because of the celebration of the proclamation of Bulgarian Independence.

Even before the Military Club was a symbol of secular life in the city, but after the opening of the new building, it rarely remained empty. Balls often lasted until the small hours, celebrations and parties were constantly organized, orchestras and opera groups were visiting. The stage constantly attracted artists.

On January 18, 1927, a large fire destroyed the entire salon and burned everything. The same summer began its restoration and after a few months, the Military Club was repaired mainly by architect Hristo Peev. The building has changed its appearance - its three-dome roof became two-dome. Inside, everything went on as usual - fun and dancing until dawn. Unfortunately, on the 18th of April at 9:20 pm the second, the most powerful and destructive quake of the Plovdiv earthquake occurred. The club was one of the most damaged buildings in the city. Its large auditorium was collapsed to the ground.

The reconstruction of the building was undertaken and financed by the specially established Government Aid for Victims and Restoration of the Earthquake Disaster in 1928 and equals about 5 million BGN. The projects were made by the Plovdiv Architectural Bureau of architects Stoyko Stoykov and Boris Gradinarov, which was then the most authoritative in the city. The building, after another renovation, now has more space and facilities. It re-assumed its various functions as a public center, especially in the life of the Plovdiv officer's office, and was inaugurated for the third time. 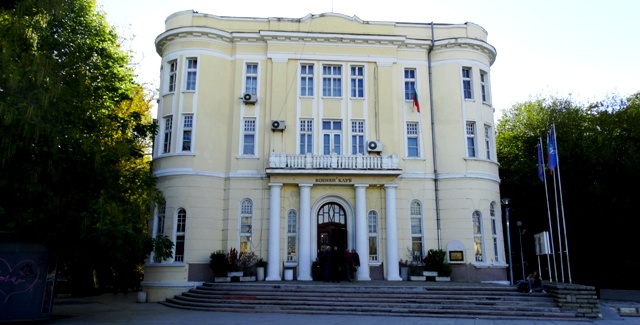 Life in the club continued the same way. In the thirties and forties of the 20th century, rich secular balls were held here, in which together with the elite royal officer’s office (the standard for education, good manners, and culture) the most selected and exquisite society of Plovdiv was present.

In the 1950s, the club was renamed the People's Army House. In the early 1970s, Plovdiv city officials discussed the idea of demolishing the club’s building.

To this day, the club continues a variety of events and activities. The venue has been used by a number of rehearsal and performance groups. 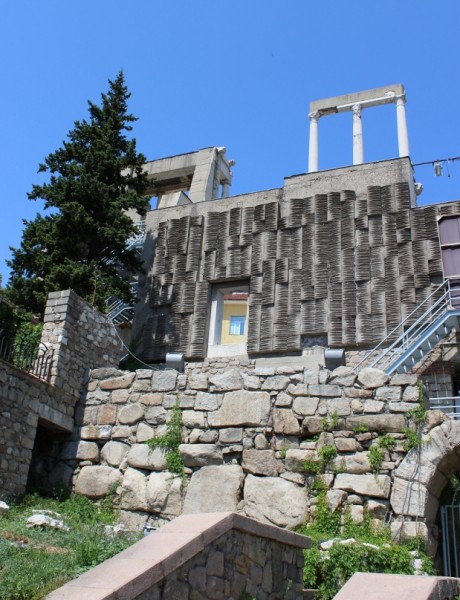 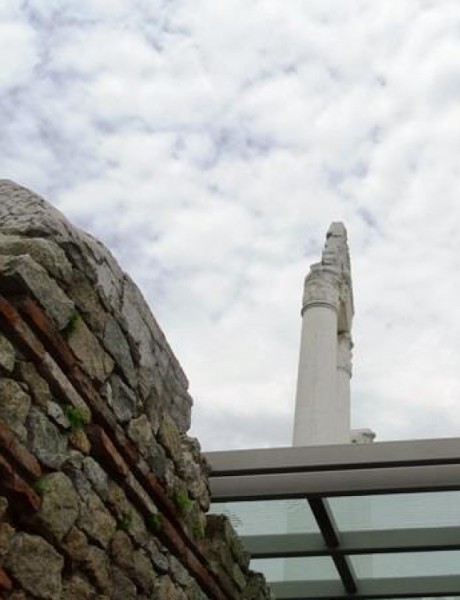