Large format drawings are shown by the National High School of Performing and Screen Arts in the City Gallery. The aim of the project is to show products from representatives of different cultures and creative schools, exchange ideas and share practical experience in the field of education and arts, search for new approaches in the teaching of art disciplines. The large format drawing - 100/70 cm on a free theme gives creative freedom and is a challenge to use different techniques in the realization of artistic ideas. This jubilee exhibition presents works by 30 participants, gives us the opportunity to become involved in the creative achievements of artists and their teachers.

BODYMIX is a new series of Ebbesen mixes aimed at the harsher sound influenced by new beat, ebm from the 80's and 90's, through Italian to modern hybrids such as new disco, leftfield and oddball house sounding labels such as Running back, Permanent vacation, Public possesions and others. As one well-known producer said: "This sound is like The Cure playing house music."

Behind the pult this Friday will be Varola. In his selection you will hear melodic and rhythmic deep / tech with deep bass lines, passing through dynamic groovy tech, sometimes with Spanish and oriental elements, reaching underground and tech house sound.

The cult band Zamunda Banana Band will perform with Wickeda at Bar Konushnite this Saturday.

Promotion of Tequila Jose Cuervo with many awards

Juanito returns to the bar this Saturday with a new dose of music hits from the UK and beyond.

Everyone is invited to discuss the pandemic situation, the Champions League, the gossip in the city and how expensive it is at sea for a glass of prosecco or cocktail :)

The cult band Django Ze will play live in Bee Bop Cafe on August 15th, Saturday, starting 9pm. The number of places is limited, so it is good to save them in advance. The concert will be recorded and broadcasted live in real time at https://beebopcafe.tv/event/django-ze-live, for which you can buy tickets on the same platform. In the virtual world there are no restrictions on the number and places worldwide :)

An even more pleasant Saturday atmosphere for the paving dances will be provided by a guest bartender with the special assistance of Gordon's. The brand and the bar have prepared "welcome drinks" for everyone and scratch cards with many surprises! Behind the pult will be the young and talented DJ Tommy Riverra. The music that describes his work is characterized by deep bass lines, rhythmic elements, energetic, dynamic and melodic House, Deep, Tech, Afro, Electronica sound!

After a half-year break, it's time for a movie quiz at Club Fargo. Welcome to test your film knowledge. And, of course to have fun with themed music, drinks and a lot of mood.

This will be the tenth event of the seven-year history of "Kapana Fest" and inherent in the anniversary edition, attention will be focused on the beginning of everything. The musicians who first got on the Kapana stage and will now be there again will immerse you in the feeling of this beginning. And this time the festival of urban culture and arts will give its audience a meeting with the best in the fields - music, crafts, art, cinema and sports. Skillful and original craftsmen, true connoisseurs of music and literature, food and drink makers, talented artists and photographers, filmmakers and sportsmen, they will all come to the heart of Plovdiv to meet the connoisseurs of their work and skills.

The prominent Bulgarian violinist Vesko Panteleev-Eshkenazi presents the remarkable musical cycles "The Four Seasons" by Antonio Vivaldi and "Four Seasons" by Astor Piazzolla. Vivaldi and Piazzolla - bright representatives of different musical cultures give us two different versions of the same theme. Music written in the early 18th century in Italy - exquisite and poetic, which tells of nature, as well as music of passions, light and darkness, love and hate, created in the mid-20th century in Argentina. 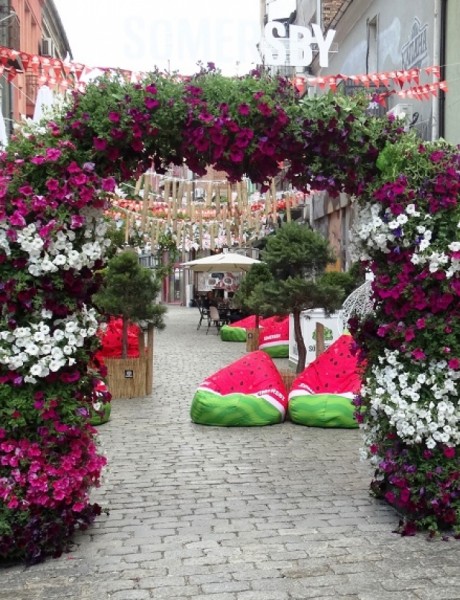 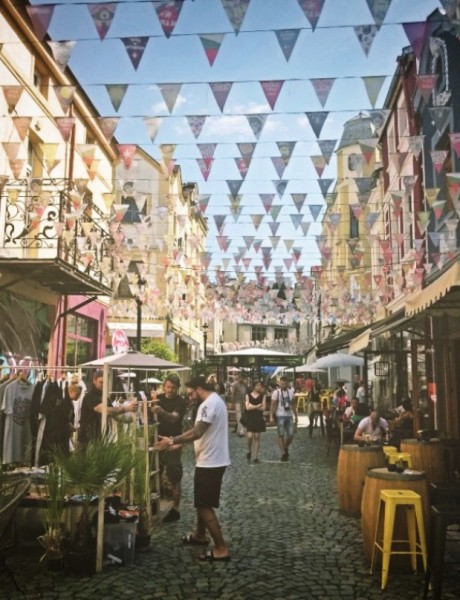 Places we miss in Kapana

Whether because of the ever-higher rents or the forced isolation along the coronavirus, we nostalgically thought of 4 locations that are no longer on the Kapana map