This week in Plovdiv we will enjoy opera, theatre, and many exhibition openings

Welcome to the stage of "Roman Stadium" - Plovdiv to hear the a cappella group Spectrum Vocal Band, in which the beauty of human voices becomes an elegant, captivating harmony. The concert is held with the support of the "MUSIC" program of the Ministry of Culture of the Republic of Bulgaria.
Spectrum are:
Boryana Yordanova - soprano
Vesela Morova - alto
Daniel Nikolov - tenor
Yanko Yankov - baritone
Konstantin Beikov - bass
Free entry

You will meet your favorite authors again and many new freshmen - again from all over the country, again with their new authorial inspirations.

A positive and dynamic music selection awaits you, dancing until the morning, with cheerful and smiling party people. Official after party of Shake That HILL 2020.

In 2020 the edition of the Seventh International Photo Salon Plovdiv gathered once again photographers (both amateurs and professionals) from around the world to present their exciting and unusual perspective towards the world – part of this year's competition were 4441 photographs, submitted by 369 participants from 54 countries.

VAELLO is a well-known name among the most ardent fans of electronic music in the city under the hills. Apart from his numerous appearances behind the DJ deck over the years, he is also known for his skills as a musician and is the author of a series of musical works.

Over the years he has shared a stage, along with the most popular Bulgarian DJs and some of the foreign names who visited Plovdiv. His name has proven to be a guarantee for the good luck of the fans of house and techno music.

This Saturday Bally club and VAELLO will take care of your good time, and our he will present part of his latest original production, as well as an irresistible cocktail of the best of the world of club electronic music.

"Music of Peace" is an international music project, a dialogue on peaceful coexistence, a celebration of human strength and spirit. The project includes the performance of Shostakovich's Leningrad Symphony by orchestras in Berlin, Vienna, Plovdiv and Torgau, as well as by the Baltic Sea Symphony Orchestra.
Orchestra of Opera Plovdiv

As always with Shostakovich, this Symphony is not dedicated to the city - whatever it is called, not to the event, but to the people. To those who died of starvation, of coldness, of shells and bombs ... of despair. There is no politics here: there is a struggle of terrible, banal evil with man. The symphony is rarely played because of its scale, huge composition, difficulty, alas - and because of political prejudices ... And now Plovdiv has the chance to hear it, to feel the thrill of the famous theme of the invasion and to experience the powerful catharsis that music leads to.

SIGNA Art Gallery will present twenty-four paintings by the artist, in which he not only photographed reality, but also captured the magic of nature and recreated it on his canvases.

The national autumn exhibitions are held in September in the exhibition spaces of Balabanova House, Hindlian House and Mexican Art House in Old Plovdiv. They are one of the first events of the Autumn Salon of Arts in Plovdiv, part of the city's cultural calendar - a forum for contemporary Bulgarian art, providing an opportunity for artistic expression outside the gallery or museum spaces, where audiences usually meet the visual arts. This year's exhibitions will be held under the title Places on Demand. This problematic focus is not intended to set a theme for the participants, nor to urge the audience to understand the exhibitions through its prism. Instead, Spaces, poste-restantes speaks to the dimensions of a new spatial structuring of the world that stems from the accumulation of diverse cultural traditions and the state of civilization. Such a focus suggests thinking about places with an erased or unstable identity - areas of human habitation, colonies of consciousness, fragments of habits, actions, reflexes, scattered traces of everyday dystopia. Through the inertia of living, of nesting, these homeless spaces have organically entered the life of modern man, they are his new skin. And at the same time these places are inexpressible, they manage to escape the attempts to define or fix in an image.

The man who can make everyone laugh - Filip Avramov plus the fire on the stage Kalin Velov. As we saw from the show "Like two drops of water", Philip can sing and dance amazingly. Here, however, in addition to the guitar, he will play the accordion, and if that is not enough for you, then prepare for a lot of laughter, while Philip tells you about the roots of " Devil's Music ". In fact, the music is the main protagonist. The "forbidden" one from the 60's and 70's, which you could suffer from and just like the "forbidden fruit", becomes more and more sought after listening to it! Such will be the mood of "God Rock"! Rebellious and full of fun, because we will listen and sing Muddy Waters, Nirvana, Joe Cocker, Whitesnake, James Brown and many more rock and blues idols.

In it, the curator Hristo Zhekov again brings together 15 artists from different generations, who will show their individuality, perception of the world and plastic solutions in color and shape.
The opening will be held in compliance with the requirements for distance, as well as for mandatory wearing of protective masks. The exhibition is free and can be viewed until September 30, from Tuesday to Sunday from 10am to 6pm.

B.T.R with a concert in Plovdiv

On September 3, B.T.R. will delight the Plovdiv audience in the Orpheus summer cinema, with a powerful sound and charismatic presence in unadulterated style. In the boutique concert, the popular Bulgarian band will present the songs from the album "Invisible Walls", as well as their biggest hits on stage in Plovdiv. 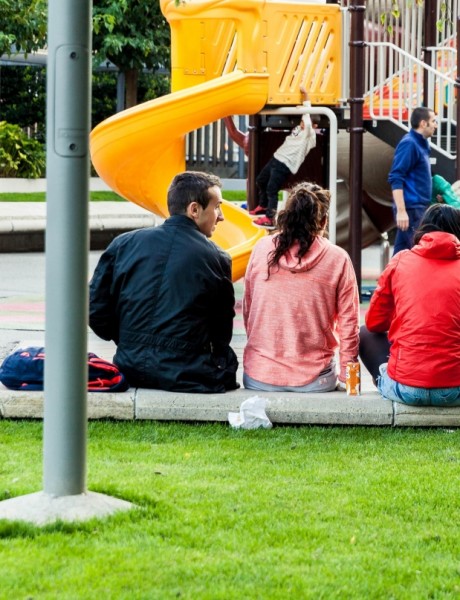 Fun for the youngest

Although we pay more attention to the events and places suitable for adults, we from the Plovdiv guide don’t forget about the youngest. Here are some of the most interesting among them: