To taste Bulgaria on three seas

The newest restaurant in the city under the hills, dedicated to Bulgarian culture, will open its doors in a few days

From Japanese cuisine and culture to Bulgarian - this is the idea behind the newest restaurant in Plovdiv. More than two years ago, the team opened the first Japanese restaurant under the hills - Japonica, and in less than a week Bulgaria on three seas will be opened. When we asked if the totally different idea was not ambitious, we were jokingly told that they would show us that they are good not only in the Asian concept. In fact, the whole plan has been developing for more than a year, as they intended to take the place above the stairs of the Together inscription last year, but the global pandemic has changed their schedule a bit. However, this gave them extra time to refine each recipe to the fullest and to carefully select the products and manufacturers they will work with. 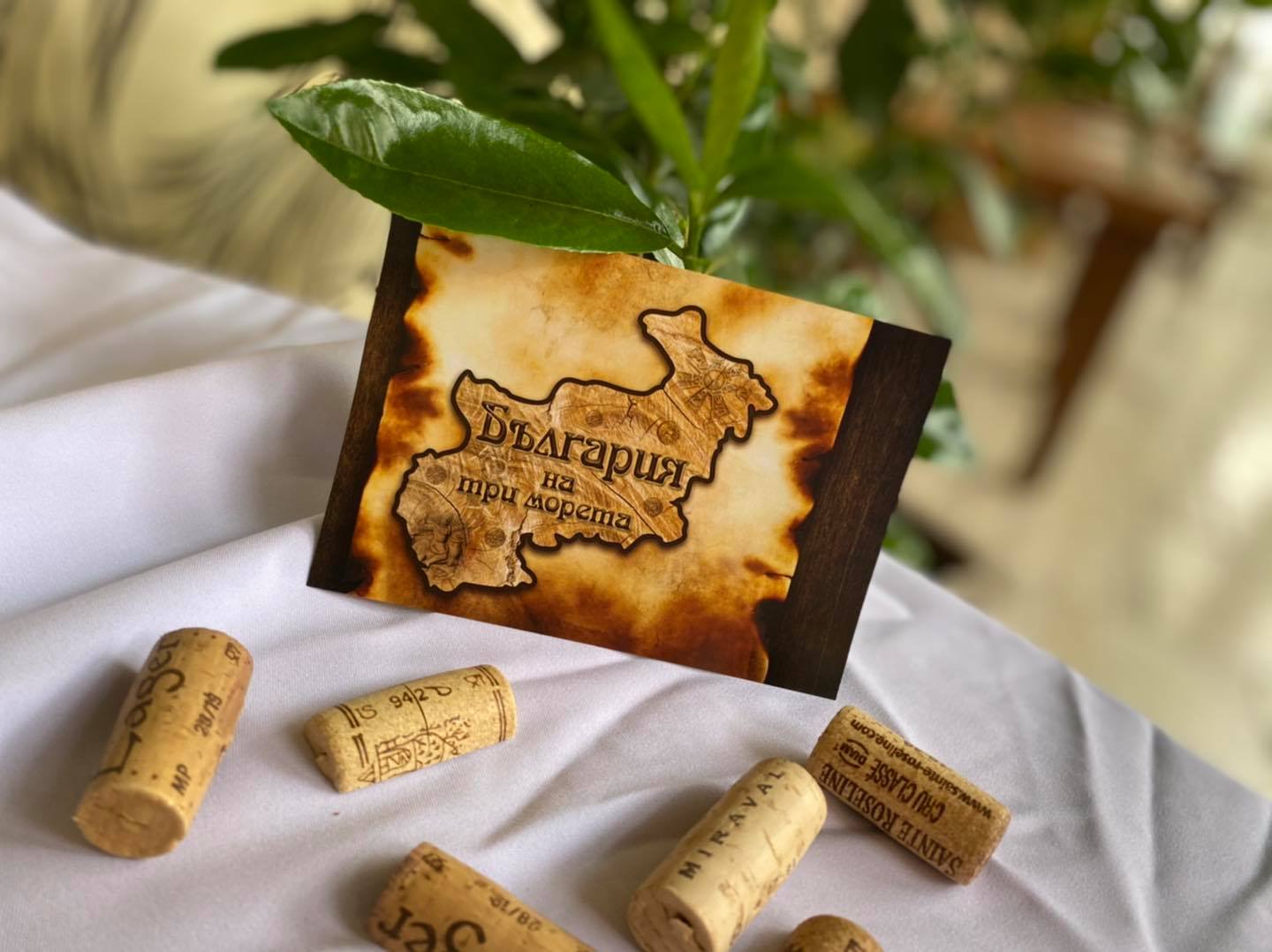 Bulgaria on three seas will present to its guests some of the cuisines of the territories on which our country stretched during the reign of Tsar Simeon. Looking back at the glorious history of our country, the successful battles then led to the greatest territorial expansion of Bulgaria and made it the strongest country in Eastern Europe. This is also the period that inspired the creators for the concept of the newest restaurant in Plovdiv. They themselves are proud Bulgarians and patriots and deeply love and care for their homeland. In fact, it is no coincidence that they chose the place to be right here - in the sixth oldest city not only in the country but also in the world, and they find symbolism even in the location itself - at the foot of Sahat Tepe, elegantly perched on the stairs above the longest pedestrian street. The place is iconic, and there is a bit of history even behind their phone number. 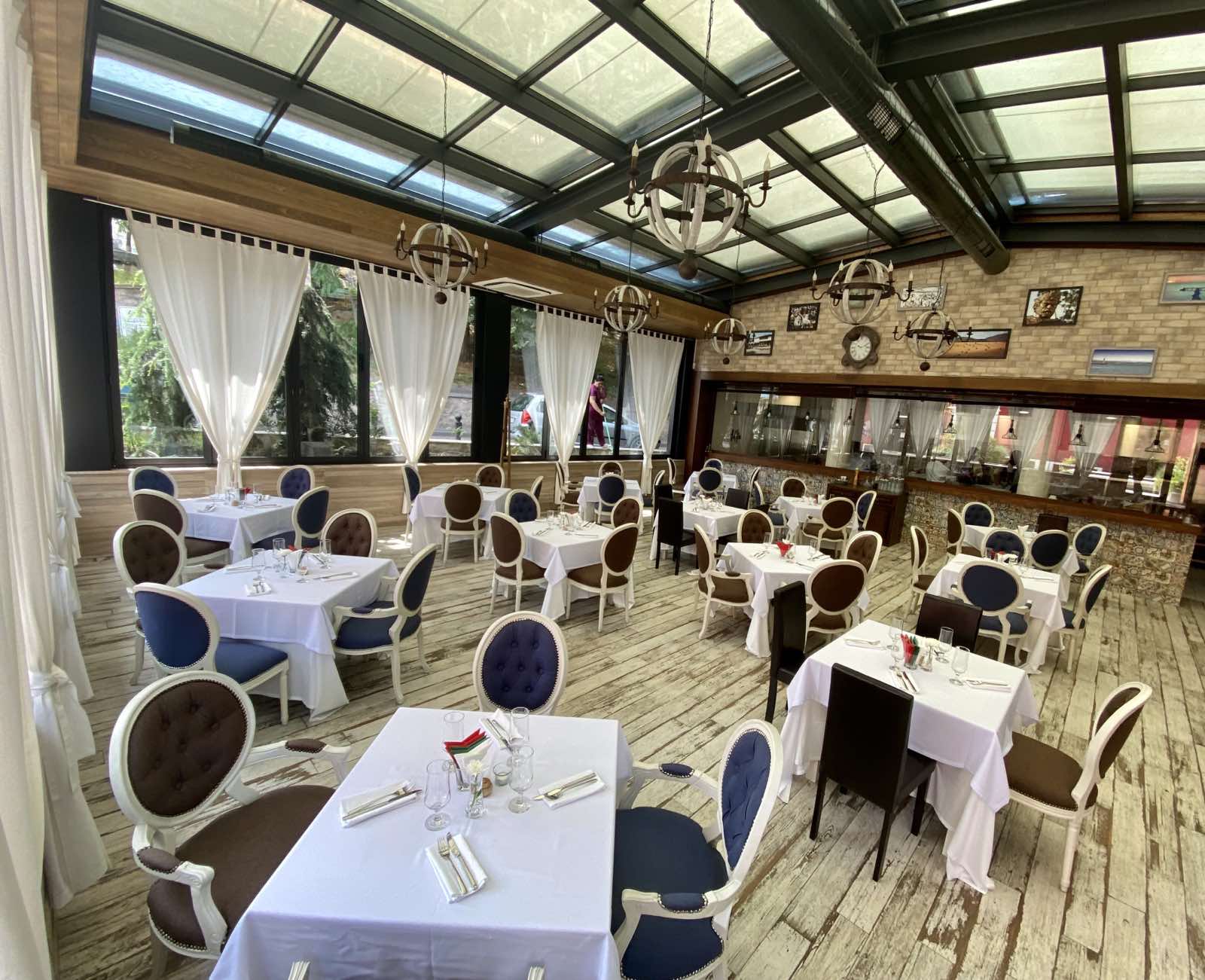 Recipes from the Bulgarian, Serbian, Turkish and Greek culinary scene - you will find this in the menu, and the drinks will be almost entirely Bulgarian. In order to get as close as possible to the authentic tastes, the team has repeatedly taken long tours around the country. For example, the Bansko kapama will be prepared according to the instructions of the experienced grandmothers from the village of Eleshnitsa, and for the famous Rhodope specialties klin and patatnik - the consultants were from the famous village of Hvoyna. Well, interpretations are allowed, of course, but without running away from the characteristic aroma of home-cooked food! The interesting thing about their approach to cooking is that they are not afraid to experiment with new technologies to prepare traditional dishes. All this is in order to preserve the qualities of food. In addition to the traditional list of offers, there will be daily slow-cooked meals in limited quantities. 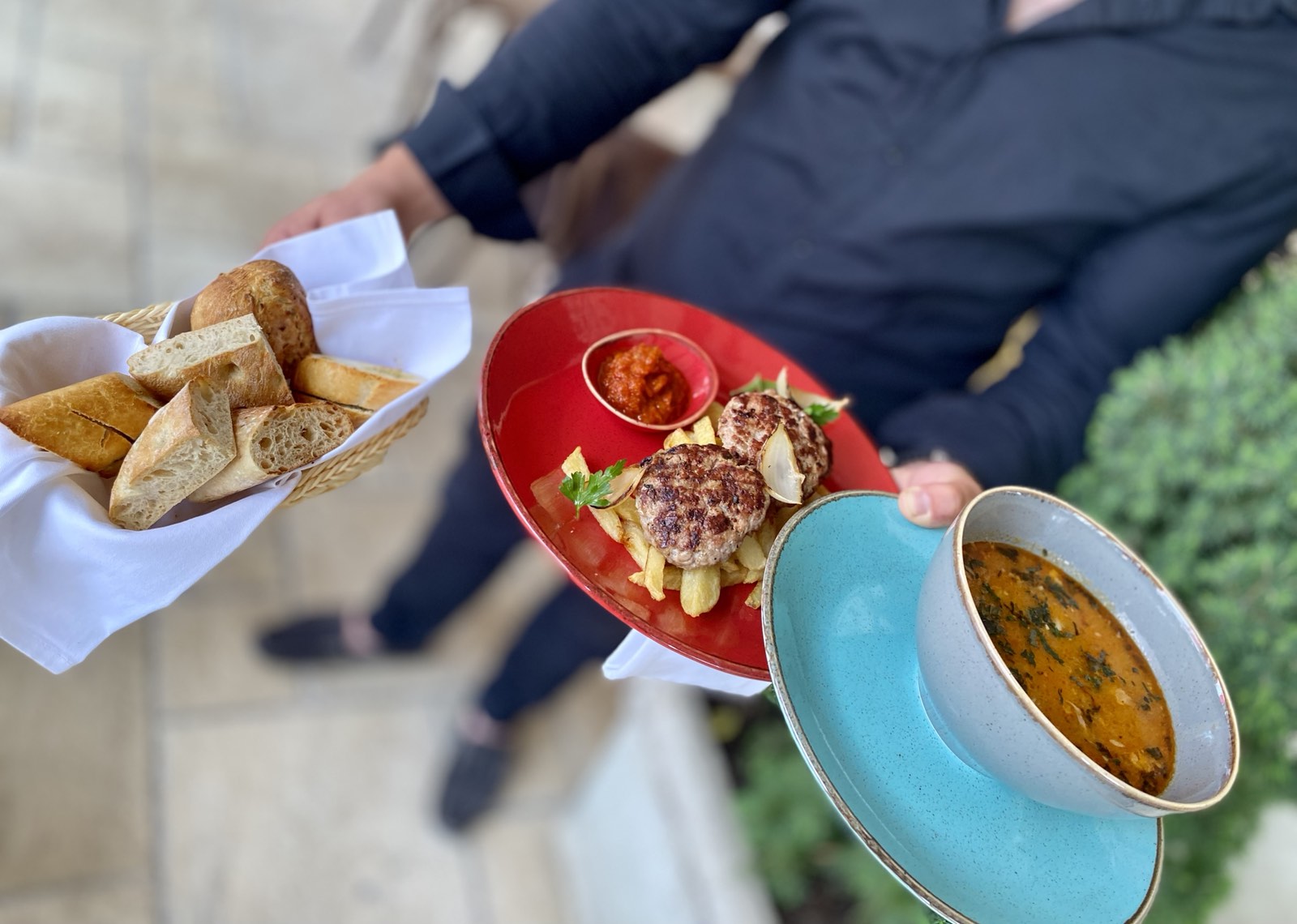 The products for the dishes are also selected by smaller producers, as in this way they invest directly in the Bulgarian economy, and we can be sure of their high quality and taste. All dry appetizers, lyutenitsa and jam are made on site according to their own recipes. The bread will also be baked at the time of ordering to get that unique fresh and fragrant smell that further excites the appetite and makes any food even more pleasant to eat. 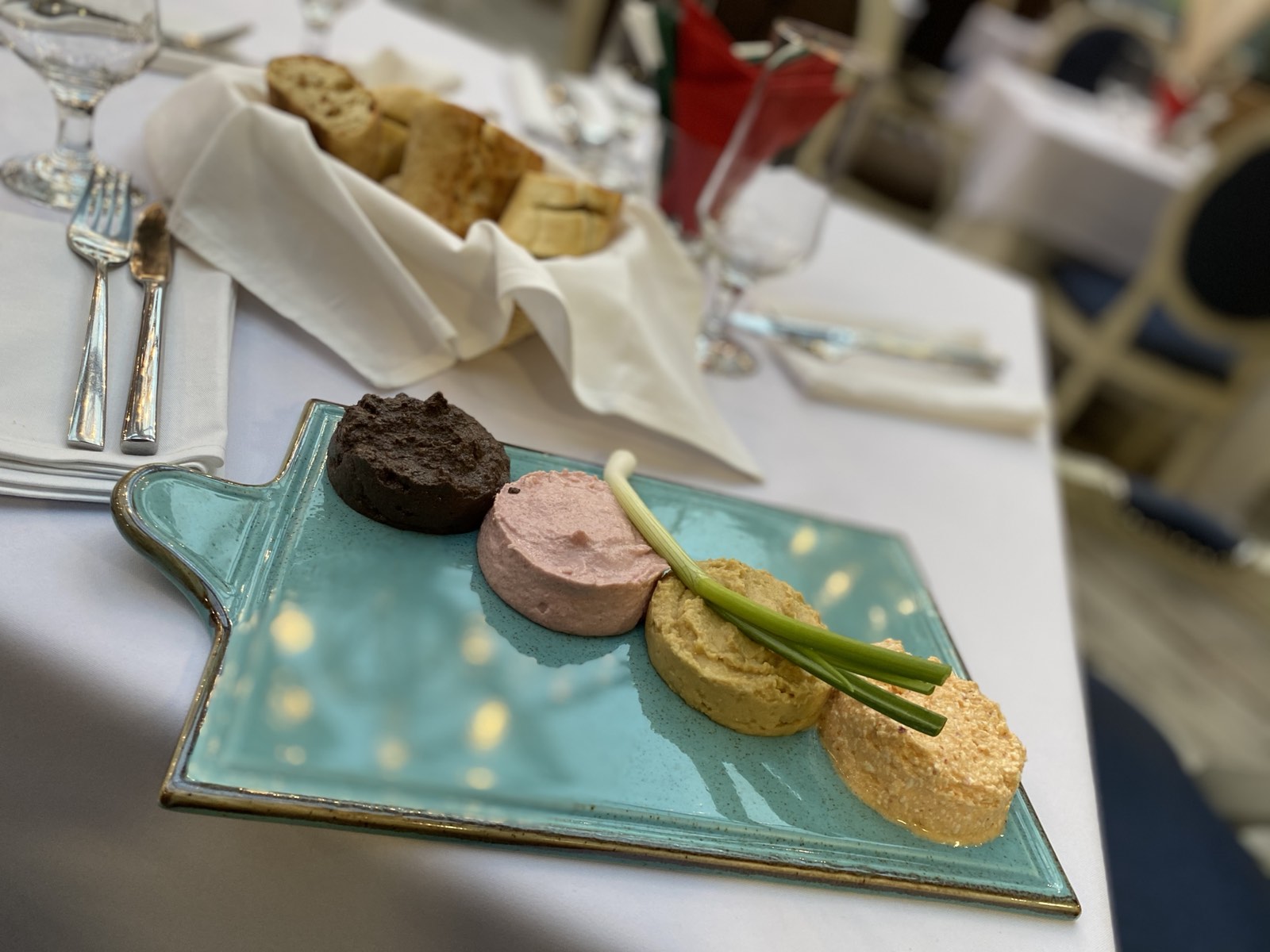 Like the quality we are used to from Japonica, a visit to Bulgaria on three seas is not only intended to satisfy your hunger, but also to provide you with a different experience with distinctive tastes, but also perfect service. The staff is specially trained to recommend the most suitable choice for you and to combine it with the right wine or drink, which will complement and upgrade its taste. This is not a place to just eat and never come back. The idea is to get that personal attitude combined with appetizing temptations that will make you come back and want to try more! 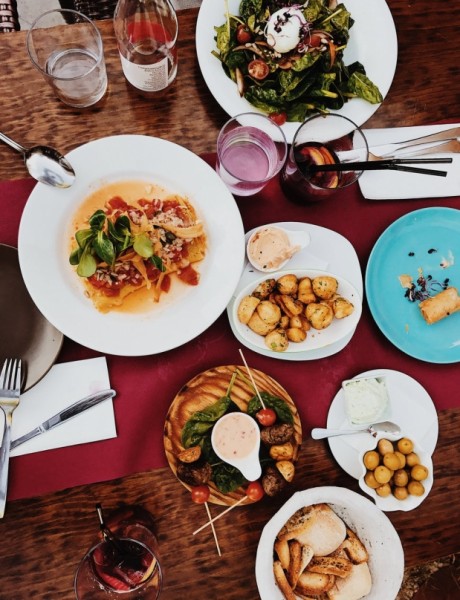 Isn’t it time for a culinary tour under the hills? 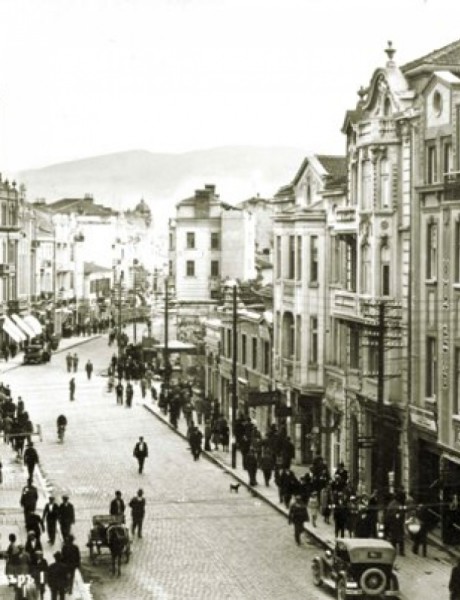 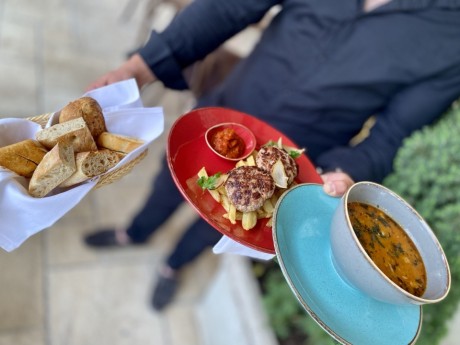 To taste Bulgaria on three seas

The newest restaurant in the city under the hills, dedicated to Bulgarian culture, will open its doors in a few days 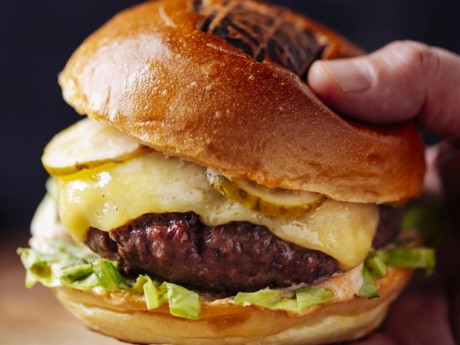 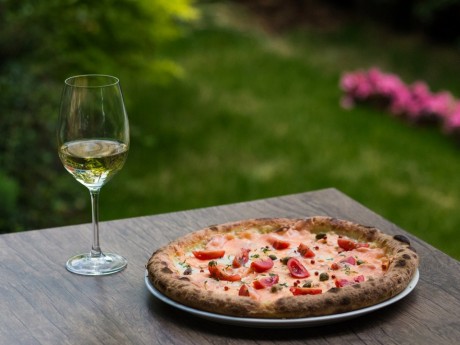 Purple dough, pizza with chocolate and many more unusual offerings in the newest place for lovers of Italian cuisine 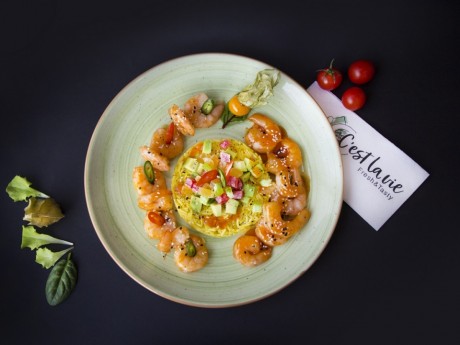